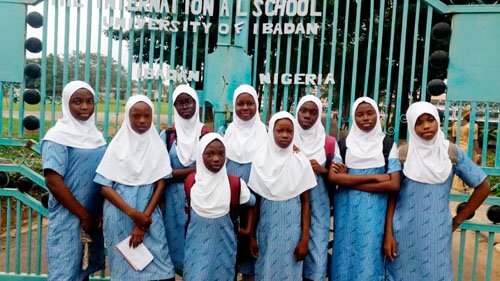 The Muslim Lawyers Association of Nigeria (MULAN) has requested for immediate meeting with the management of the University of Ibadan over what the association described as continuous harassment, intimidation and oppressive acts by members of staff of the university staff school against innocent Muslims students of the school.

The President of MULAN Prof. F.A.R Adeleke has written to the vice chancellor of the University of Ibadan to schedule an emergency meeting with the national officers of the association on the issue.  The request for the emergency meeting is a fallout of an urgent deliberation held by the National Executive Council of MULAN.

At the deliberation, MULAN mandated its National President to personally write to the University of Ibadan management as a mark of respect for constituted authority before taking any step by the association.

Mulan however condemned the actions of the staff of the university and the members of the security team that were allegedly deployed to humiliate the students with hijab in the school. The Executive Council noted that it came to a conclusion to condemn the said action after watching video clips of the said humiliation of hijab wearing students of the school.

According to the Executive body, Mulan as an association has resolved to ensure that rights of Muslims are protected. They have also vows to challenge the action of the university and its agents in a court of law if negotiation fails.

In the interim, the association indicated that they would sue for peace and advise the Muslim community, and particularly the Muslim students in the University of Ibadan to maintain peace and orderliness.

MULAN stated that the outcome of the meeting with the school management will dictate the next step to be taken by the association and warns the university that the Muslim students in the state are capable of fighting for the right of the oppressed ones among them and urged the school to prevent the breakdown of law and order.