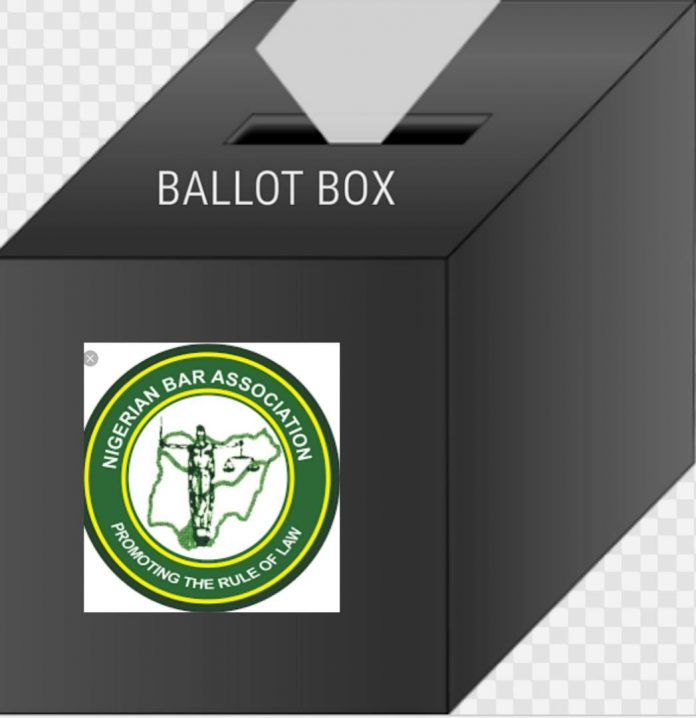 In the past few months, I have been called by friends and associates asking why I have not commenced my nuggets on the forthcoming NBA General Elections scheduled for next year. My response has been very simple: “I need to shut down for this year and put myself in 2020 mood.” That is how I roll.

I have noticed all the Presidential Hopefuls for the NBA 2020 Elections and when I see their various “political antics” (in subsequent posts, I would speak more about the “political antics”), I smile like a little girl who is experiencing love for the first time.

I take it for granted that the Presidential Hopefuls have fully evaluated the elections that brought in the present administration. They have also analyzed all the accusations and counter-accusations amongst the Presidential Aspirants in the last elections. Without going into the dirty waters, the only issue that keeps my smile is “the backend”.

The moment the Presidential Hopefuls conclude meetings with these individuals, then and only then would they have started their journey towards taking over the leadership of the largest association of lawyers in Africa. I don’t have the strength and I am sure many don’t too, for all the disturbances and noise about which aspirant did what. Please give us that peace. Thank you!

“The elections into National Offices of the NBA is seventeen days away. At the moment, those that are fully in the race for various offices are clear. Those who couldn’t meet the set guideline of the Electoral Committee of the NBA have been shown the way out. Those who lost interest in further pursuing their ambitions have dropped out. By the day, strategies are being concluded, caucusing are being integrated. Aspirants are not relenting in their various calculated moves to get the required votes necessary for their victory at the polls. Text messages, voice notes, phone calls, social media messages, goodwill messages, the list is endless. Beyond the present occurrences, there is a reality which we all have to begin to take seriously. How safe would our votes be at the backend?

The NBA had its first shot at online voting in the 2016 NBA General Election. That election brought in the present administration which is at his last lap. The ongoing case in court between the present NBA President, AB, and his contender in 2016, JK, gives a fair appreciation of why we need to take issues relating to the online voting very seriously, more particularly, the backend.

All over the world, there is always greater risk of manipulation of election result in online voting system. In fact one report revealed unequivocally: “One well-informed but malicious person could change millions of electronic votes and get away without a trace…”  If you have provoked your thought to the possibilities of e-voting, so many ‘what ifs’ will definitely bug your mind

In my wondering moment, I sat with an IT friend and shared my concern about online voting and he told me that there are basically two methods of vote verification for the online voting. It could either be through “Cookies” or “Internet Protocol (IP)”. He further revealed that for these two options, there are various variables which may affect the integrity of the voting process. A few of the variables are highlighted below:

(a) Some Internet Service Providers run on a dynamic IP which changes from time to time. In essence, if one is used to recognized a user at a time, such user will have chances of voting again if the IP changes. (b) Another issue attached to this, is that if in an organization that where they use shared internet service link, they would all have a single IP, meaning that if one of them vote, others would not be allowed to vote because they are browsing on a single IP. Even if they vote, same may not be captured by the voting application.

The above revelations from my IT friend may be put better by an expert but it made me appreciate the fact that all we can do is hope for the best to happen especially that this is Nigeria. For the aspirants, your only concern presently may be for all votes to count for their owners.  How would the backend integrity be preserved so as to avoid the sort of testimonies given by witnesses in the ongoing NBA election suit? I can only wish that in the coming days, the ECNBA would allay these concerns with well thought out strategies to ensure that for every vote cast on the dedicated hours, those votes count and nothing happen to them at the backend.” 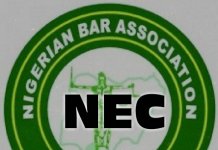 NBA 2018 Elections: Candidates and Representatives to Have Access to Backend...