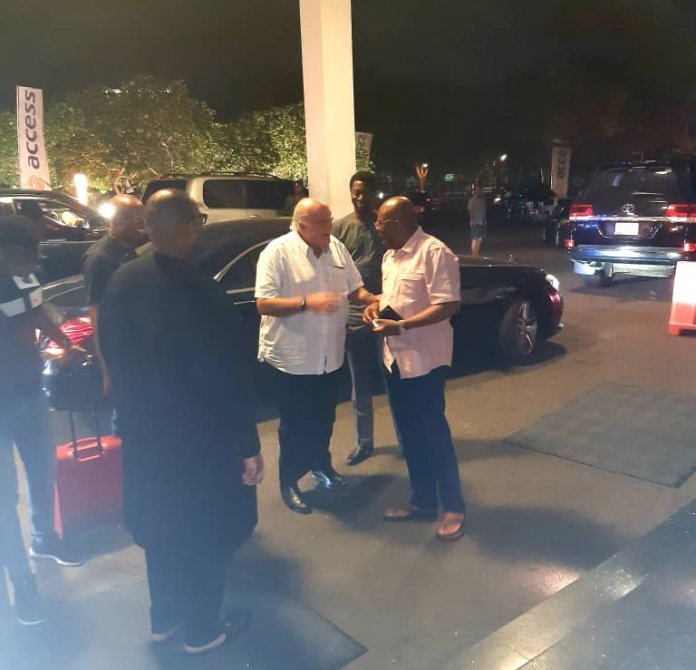 He was received this morning by the President of the NBA Mr. Paul Usoro, SAN.

Mr. Horacio will give an address at the opening ceremony on Monday 26 August 2019. The following day, 27th August, he will launch the IBA’s landmark report Us Too? Bullying and Sexual Harassment in the Legal Profession and discuss the issues the report raises. He will also give a keynote address at the NBA’s Rule of Law Symposium, on the importance of promoting and protecting the rule of law.

The IBA President had stated that Africa is to be a priority of his two-year tenure with the aim of increasing the presence of the IBA in Africa and of Africa in the IBA.

On the other hand, the NBA President had expressed delight over the attendance of the  IBA President to the 2019 NBA Conference.

“On behalf of the NBA, I am delighted that IBA President Horacio Bernardes Neto is to participate in our Annual General Conference.”

“I am looking forward to mutual co-operation on his initiatives that will bring enduring change to the legal profession, including addressing the insidious issues of bullying and sexual harassment. This visit will build on and strengthen the existing relationship between our two organisations.” Mr. Usoro Stated.

No Candidate has Been Granted Final Clearance – ECNBA Warns