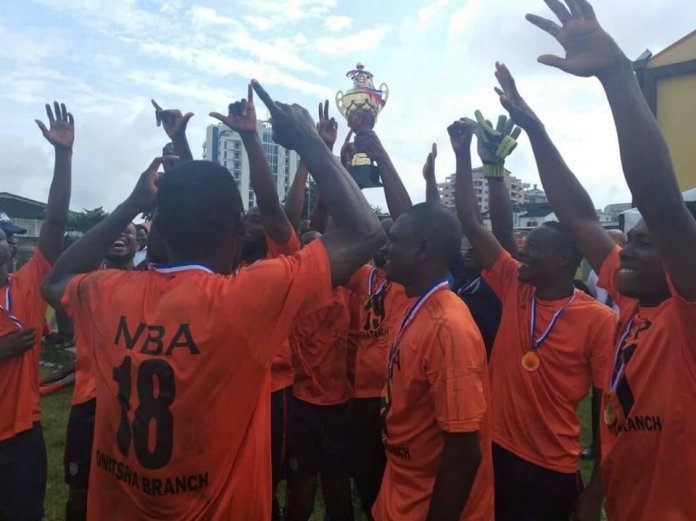 The NBA Branch is  the defending champions and has won the tournament three times in a row with the recent winning.

The final match which was between the defending champion branch and the NBA Lagos Branch ended with a 3-3 draw at full time resulting in a penalty shootout where the Onitsha Branch won by 4-3.

#LekkiMassacre: “No Justifiable Excuse for Use of Live Ammunition” – Ajibade, SAN

PART ONE: Questions For Mr. Silas Onu On The Repeated Petition...