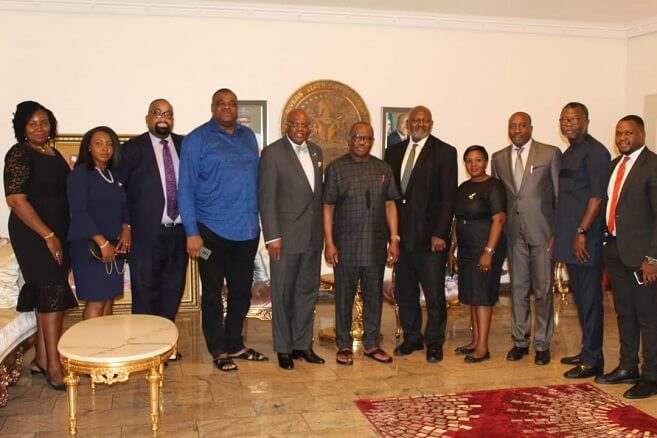 As part of the build up towards hosting a successful Annual General Conference, the President of the Nigerian Bar Association, Paul Usoro, SAN yesterday, August 8,, 2019 led a top delegation of the NBA and TCCP members on a visitation to the Governor of Rivers State, Bar man par excellence, Nyesom Wike. The former President of the Nigerian Bar Association, O.C.J Okocha, SAN and Mr. Frank Owhor, a former Attorney General of River State, were on ground to receive the NBA leadership.

The NBA President used the occasion to formally invite the Governor of Rivers State to the Annual Conference holding between August 23, 2019 to August 29, 2019. Governor Wike, in his response, promised to partner with the NBA in it’s pursuit of enthronement of rule law in the polity, and assured the NBA that the Rivers State Government would partner with the NBA in ensuring a successful Conference.