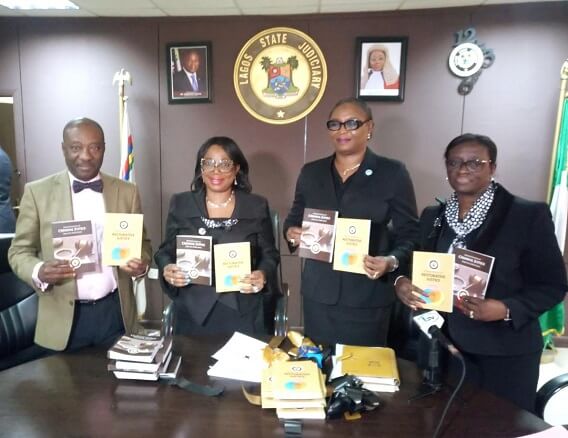 Petty offenders will no longer be sentenced to prison terms, the Chief Judge of Lagos State, Justice Opeyemi Oke has said.

She disclosed this on Monday at the official presentation of the two practice directions, the ACJL Practice Direction and Restorative Justice Practice Direction, held as part of effort to ensure effective justice system.

The event held at the Lagos Judiciary Conference Room, Ikeja.

“So long as they are prepared to take responsibility for their actions and the harm they have caused system,” she said.

Justice Oke said the Magistrates Courts, which would use the practice directions, would focus on reconciliation with the victim and community at large, rehabilitation, restitution and repair of the harm done and will as much as possible, under the law, impose non- custodial sentences including fines, restitution orders,  community service orders and so on.

The Chief Judge said the documents mark a history era in the Criminal Justice administration in Lagos State.

She listed some of the highlights of the ACJL Practice Direction includes tightening the Pre-Trial Remand procedure to address the challenge of Awaiting Trial inmates, introduction of the Plea Bargain Protocol to encourage Plea deals and decongest the Criminal Division docket and introduction of Case Management Protocol to ensure that the Prosecution and Defence are properly prepared before trial opens.

“Criminal justice administration in the Country has been beset by a myriad of challenges ranging from ineffective or incomplete investigations, delays in criminal trials, congested court dockets, the awaiting trial syndrome and the attendant congestion of our prisons, to name a few.

“Today in Nigeria we have seen countless cases where defendants are arrested for minor offences burglary, wandering, two fighting and so on; they are locked up in our prisons for the flimsiest reasons and join the teeming population awaiting trial. “In fact the Awaiting trial inmates account for more than 75% of the inmates in our prisons today.

“They are in our prisons with hardened criminals and by the time they come out they have been initiated into a life of crime and are ready to spread terror, death and destruction in their post-prison escapades,” she lamented.