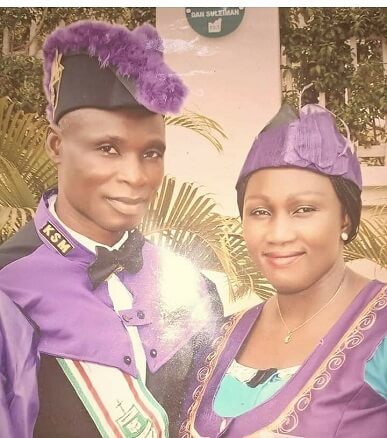 The Nigerian government has arraigned the wife of the Benue State Polytechnic lecturer, Andrew Ogbuja, for her alleged involvement in the death of 13-year-old Ochanya Ogbanje.

Miss Ogbanje lived with the Ogbuja’s before her death in October, 2018, after being allegedly raped by Mr Ogbuja and his son, Victor, for five years.

Mr Ogbuja’s wife, Felicia, was arraigned at a Federal High Court in Benue State for her alleged involvement in the events that preceded the death of the teenager.

The National Agency for the Prohibition of Trafficking in Persons (NAPTIP) accused Mrs Ogbuja of aiding the rape of Miss Ogbanje during her stay at their residence.

The agency had accused Mrs Ogbuja of allowing the persistent rape of the late victim to continue, through her silence after the crime was brought to her notice.

She was arraigned on a two-count charge for the alleged offence.

Miss Ochanya died of Vesico Virginal Fistula (VVF), an infection which resulted from years of sexual abuses while she lived with the Ogbuja’s

The late victim had narrated in court that Mrs Ogbuja was aware of the sexual abuse, especially when the younger Ogbuja raped her.

Mrs Ogbuja’s husband is also facing trial along side his son for the alleged crime.

While Mr Ogbuja is currently being held by security operatives, his son, Victor, escaped arrest and is yet to be apprehended by police officers.

The late Ogbanje who was taken to the Ogbuja’s in a bid to secure her qualitative education. She was onstead allegedly raped for five years before her death at the age of 13.

According to her mother, the late victim was drugged many times by her abusers: a development which adversely affected her before her death.

Court Awards N15m Against Police Over Killing of IMN Members