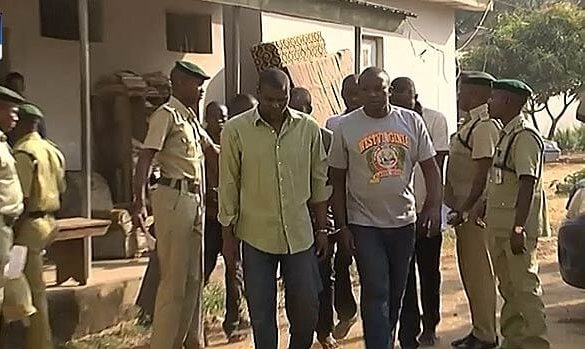 A Kwara State High Court sitting in Ilorin has, again, adjourned the trial of five accused persons who were allegedly involved in the April 5, 2018, Offa banks’ robberies. Trial was adjourned till March 14 and 15, 2019.

The hearing, which was slated to hold between February 19 and 20, 2019, was stalled due to the absence of the defence counsel, Mathias Emeribe.

The accused persons who were standing trial over the five charges preferred against them by the prosecution were Ayoade Akinnibosun, Ibikunle Ogunleye, Adeola Abraham, Salaudeen Azeez and Niyi Ogundiran.

They were all brought to court by the prosecution for Tuesday’s (today) trial.

Prosecuting counsel, Prof. Wahab Egbewole, SAN, who announced the absence of the defence counsel in court on Tuesday said that Emeribe called and sent text message to him on what he described as “life-threatening experience on the road” and suggested adjournment, which the court reluctantly agreed with.

Speaking with journalists after the court sitting, Professor Egbewole said that the defence counsel called him on Sunday and also sent a text message to him on Tuesday that he could not be in court on Tuesday and suggested a date after the general elections that is expected to hold across the country on February 23 and March 9, 2019.

“This is just to show on the part of the prosecution that we’ve arranged our witnesses because we have them here from Plateau and Zamfara states, to ensure that the trial of the accused persons proceeds. But here we are”, he said.

“Does it mean that he won’t step out of his room till after the national elections? I can’t fathom this excuse and explanation, for someone to sit in the comfort of his house and be sending text messages. This court is only interested in the timely disposition of the matter and any delay could put the court in jeopardy”, she said.

Evans Will Change His Plea to “Not Guilty” – Lawyer