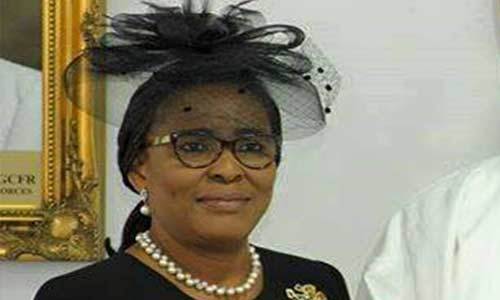 Ogun State Chief Judge Justice Mosunmola Dipeolu has pledged to work towards digitising the judiciary and establishing a Research and Statistics Department.

She said this would afford all stakeholders the access to all cases and convictions in the state without subjecting them to unnecessary stress.

Justice Dipeolu spoke while addressing newsmen in her office, at Kobape Road, Abeokuta.

The Chief Judge said the challenge of identifying persons with criminal record would be a thing of the past with the new initiative.

“In line with the global trend and the need to have the database and statistics of cases, convictions and other relevant information at our fingertips, it is imperative to establish a database for our cases for quick dispensation of justice, which will also serve as a data collation unit for the state’s judiciary”, Justice Dipeolu said

She added that the department would help the judiciary to collate statistics of the total number of Criminal and Civil cases before the High and Magistrate Courts within the state, including the exact figure of criminal cases awaiting trial, those being  prosecuted  and those convicted.

Justice Dipeolu disclosed plans by the state judiciary to set up a witness fund in line with Section 264 of the Administration of Criminal Justice Law of the state 2017.

She said  the  fund shall be accessible to witnesses on request, especially those who summoned  before the  courts to give evidence on behalf of the defendants or litigants.

“Indeed, the commitment of the present administration of the Ogun state judiciary to bring justice closer to the people remains on course, so to this end, the Magistrate Court at Iperu will take off on December 2, 2019, and we are ready to do more with the help of God and your continued support”, Justice Dipeolu assured.

She further stated that the judiciary has established a Manpower, Development Centre, in conjunction with Olabisi Onabanjo Unversity, Ago-Iwoye, for their staff to continuing their education and certification course which would be relevant to the judiciary system of government and would make them more professional as staff members of the system.

She added that courses to be offered would be specific to job roles and the curriculum, which would be regularly modified to reflect international best practices, noting that the centre would run programme that would cover many courses that would impact positively on the output of the staff and significantly improve their capacity.

She reiterated the judiciary’s commitment in moving from the archaic way of doing things as it would no longer ignore the massive shift in technology all over the world, saying that the state judiciary need to move with this trend albeit cautiously.

“I am pleased to announce that the state judiciary is now present on almost all the Social Media Platforms and we can now be reached directly through these platforms by simply typing ‘Ogun State Judiciary’ on the search engine, and we are working earnestly towards computerizing different sections in the judiciary, like probate, correspondence, registry and of course the court recording systems”, justice Dipeolu said.

My wife is a prostitute, husband tells court