Home Opinions Old Habits Die Hard: Repetitive Use of the Word “That” in Affidavits,... 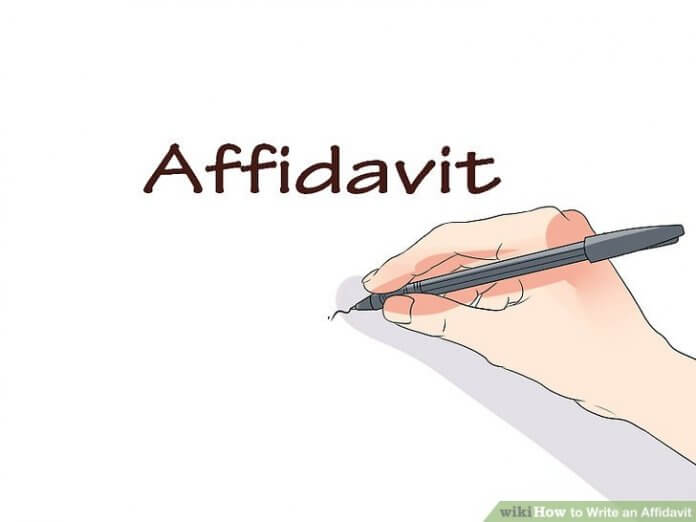 When a practice (whether right or otherwise) becomes repeatedly unquestioned, it invariably becomes standard practice or the norm, so much that, any slight deviation from same could attract some form of disapproval from decision–makers who may not be even unaware of its origin.

From time-immemorial, our ancestors in the profession had formed the habit of beginning paragraphs of their affidavits with the word “That”. Understandably, successive generation of Nigerian lawyers have passed on the practice which is still in vogue even up to the highest court of the land and endorsed by many erudite senior lawyers even up till this moment.

The facts of the case as well as the appellant’s procedural preference are, with respect, somewhat intriguing. In that case, the Appellant, Mr. Eze, a legal practitioner sued the respondent, who was the Manager of First Bank Plc, Enugu branch for allegedly publishing some defamatory statements against the person of the appellant to one Willie Tamatis. Upon receipt of the originating processes, Mr. Okolonji filed his statement of defence and averred at paragraph 18 thus:

“The Defendant will contend at the hearing of the suit that whatever action he look in respect of N190,000.00 cheque or N70,000.00 cheque of the plaintiff was strictly based on Banker/Customer relationship and in the course of his business as Assistant General Manager/Manager of the First Bank of Nigeria Plc, Enugu Branch”.

In deciding the application, although the issues canvassed only bordered on stay of proceedings and joinder of parties, Niki Tobi, JCA (as he then was) extensively observed at page 533, para c thus:

“Let the pause here to point out a unique aspect of the affidavit in support, an aspect that I like very much. It is the conspicuous absence of the word “That”. It is a style which has hardened into a tradition for a paragraph in an affidavit to commence with the now overburdened word of “That”. No affidavit is regarded as good without that word. Because of the regular use of the word, an affidavit without it looks “naked” have not on it, the required clothing”.

I have asked myself several times, the legal or factual significance or importance of the word. I have not got an appropriate answer. The tradition is merely a relic of colonialism. It is part of our legal history that we received English law and that included the practice of prefacing each paragraph of an affidavit by the word “That”. I do not see any significance or importance of that notorious word “That”. If at all it has any impart, it is the negative impact of a repetitive language and syntax which is not the best style of good writing. Since the word is of no legal significance in the procedural source of documentary evidence, deponents can drop it without any ado. That will save a deponent’s time, energy and money. It takes all the three, if not more, to repeat the overburdened word in an affidavit. The applicant, Peter Nwabunike Eze, a legal practitioner and the deponent, has my commendation in that regard.”

ALSO READ   Advocacy for the Poor - Olutayo A. Awoyele

From the foregoing obiter dictum of the erudite Niki Tobi, JCA (May God rest his lordship’s soul), although not binding, this writer is of the respectful view that the advice embedded therein is golden, as it seeks to improve our legal drafting at the expense of repetitive and otiose words in our affidavits.

Liability of Celebrities That Engage in Business Promotion