The Peoples Democratic Party (PDP) has asked the President of the Court of Appeal, Justice Zainab Bulkachuwa, to recuse herself from the Presidential Election Petitions Tribunal.

It made the request in a petition dated May 8 and jointly signed by its National Chairman, Mr Uche Secondus, and its National Secretary, Senator Umaru Tsauri.

An acknowledged copy of the petition sent to Channels Television revealed that it was received at the office of the Court of Appeal President in Abuja on Thursday.

The main opposition party explained that its decision to ask Justice Bulkachuwa to withdraw from the panel was because of alleged connection with the ruling All Progressives Congress (APC).

It said it was worried about the manner in which the proceedings of the Tribunal would be handled under the leadership of the Appeal Court President.

The PDP noted that the judge’s husband, Adamu Bulkachuwa, contested the Bauchi North Senatorial District election in February and won on the platform of the APC.

It added that when its ex parte application seeking the leave and the order of the court to inspect the materials used for the February 23 elections came up on March 7, it was heard by a panel led by Justice Abdu Aboki.

Read the PDP’s petition against the Appeal Court President below: 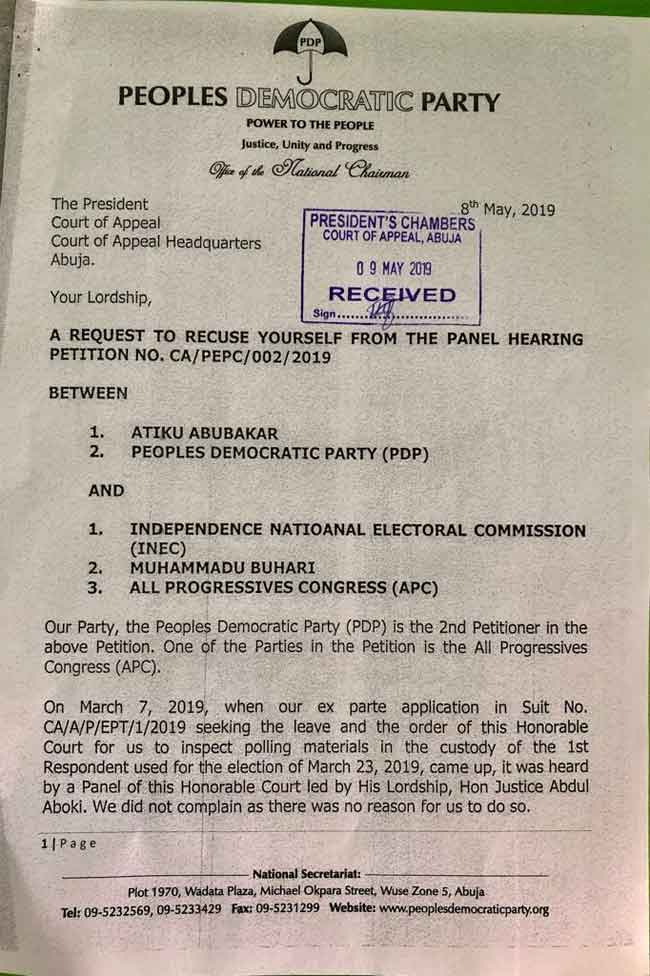 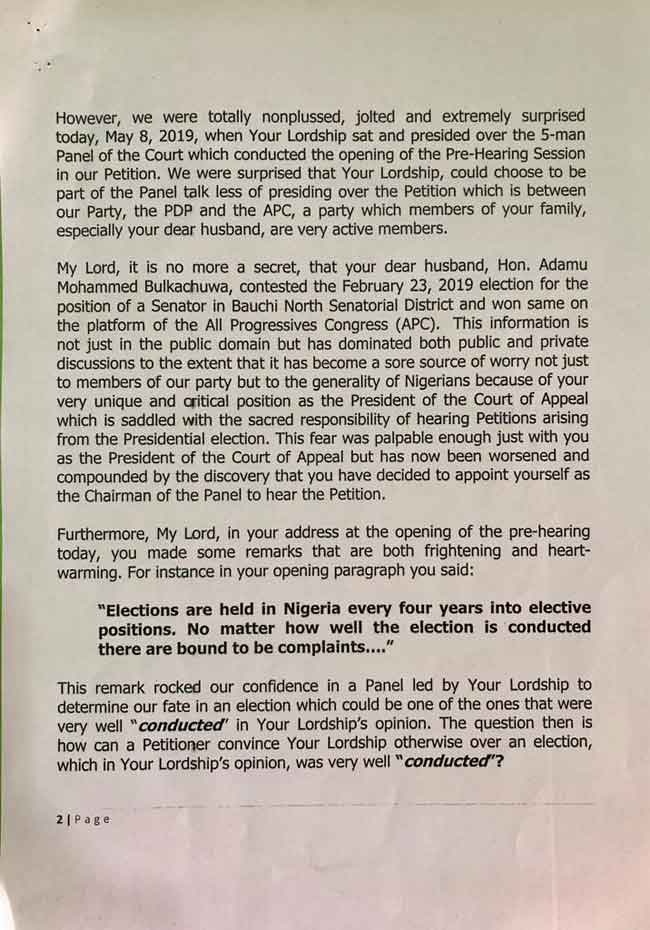 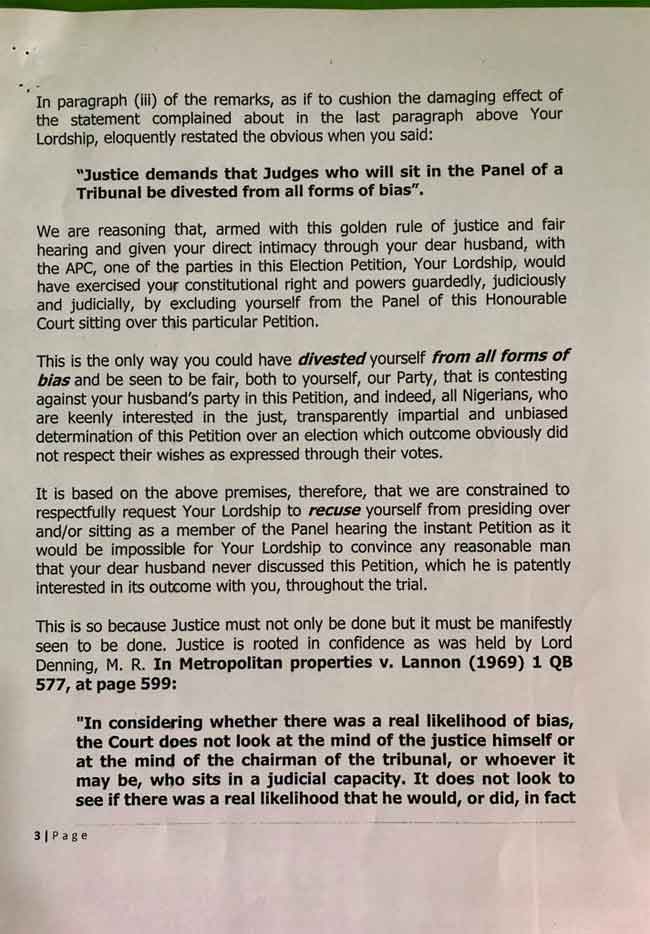 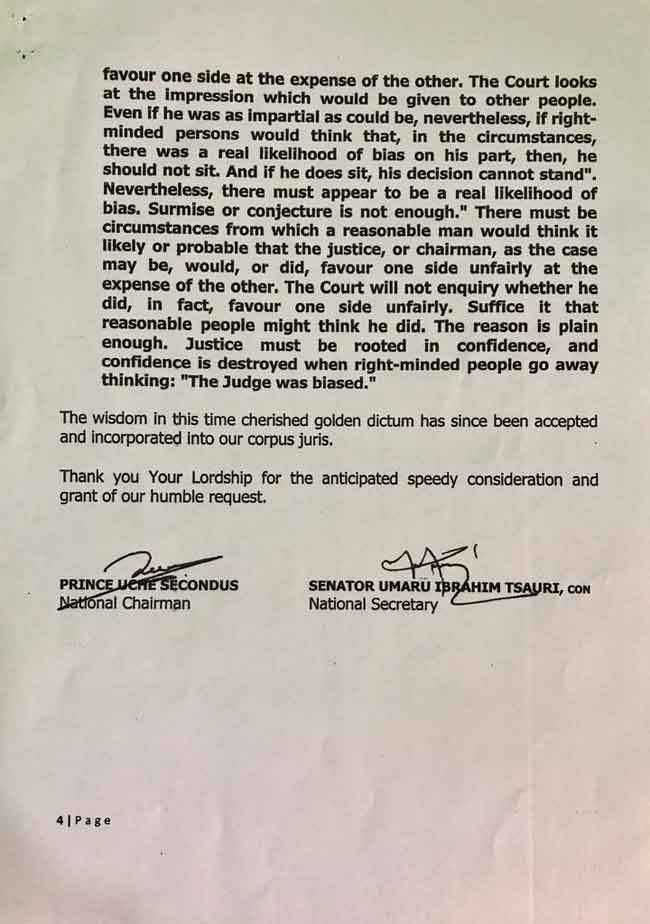 Information on Buhari’s London Treatment can’t be Released without His Consent...