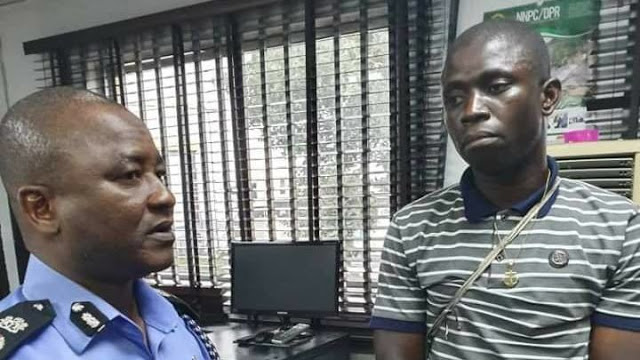 The police in Port Harcourt have announced the arrest of yet another suspected serial killer linked with the recent killings targeting women in the city.

In an announcement late Thursday, the police described Gracious David West as “the notorious serial killer” behind a string of fatal assaults on young women in Port Harcourt and its suburbs.

The police have not provided specifics of the murders linked to Mr David West, especially on the motive, the victims identity, when and where she was killed.

Residents have been gripped by fears since the first body of a woman was reportedly found at a hotel three months ago.

Residents said at least 10 female bodies with a similar pattern of strangulation had been found in separate hotels around Port Harcourt within the period. The police said they were only aware of eight cases.

Police said Mr David West had allegedly admitted responsibility for smothering one of the women.

The police identified him as a member of Degbam, a cult gang dreaded across the state for its crude tactics, especially beheading of targets.

The police erroneously named the suspect’s local government of origin as Buguma, which is actually the headquarters of Asari-Toru Local Government Area and not an LGA in itself.