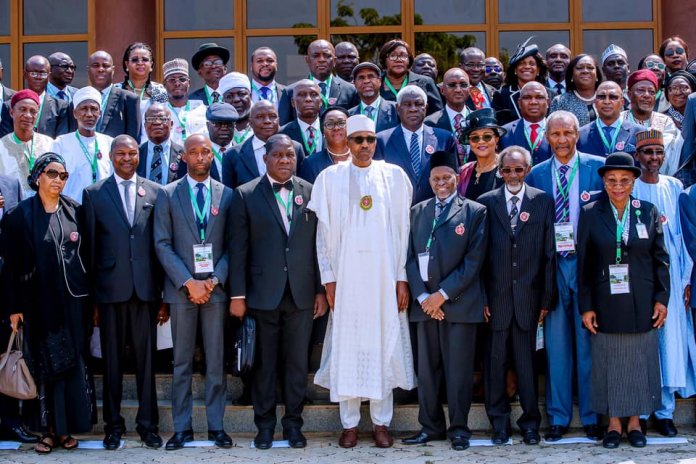 President Muhammadu Buhari has called on judicial officers to work towards the creation of special courts to assist in the speedy administration and dispensation of justice in the country.

Speaking Monday in Abuja at the opening ceremony of the 2019 biennial All Nigeria Judges Conference of Superior Courts, President Buhari said: “I will advise that the conference should, in its deliberations, consider how to create an efficient structure for the proposed Special Crimes Courts or the urgent designation of existing courts as Special Courts with competent and credible judicial officers in order to remove administrative bottlenecks in the judicial process.”

The president said he was not unaware of the challenges facing the judiciary, over which he has had discussions with the Chief Justice of Nigeria, Tanko Muhammad.

“The government has been committed to a number of justice sector reforms such as review of extant laws and enactment of new laws that will improve the lives of Nigerians.

“Additionally, we have worked closely with the Chief Justice of Nigeria to ensure that judicial budgetary allocations are enhanced in view of the needs of the judiciary. I have strongly supported the increase in number of judges at High Courts, Appeal Courts and the Supreme Court in order to reduce the burden of the work placed on judicial officers. I will continue to do so,” he said.

According to the president, his administration was committed to the economic revival of the country especially by attracting foreign investment as well as fighting corruption and insecurity. He, therefore, solicited the support of the judiciary in this regard.

“Economic progress can only be sustained in an atmosphere of the Rule of Law where justice is guaranteed. I must therefore express my hope that this conference will achieve its objective of articulating interventions by which this Administration’s drive to improve transparency, security, and the expeditious adjudication of commercial, corruption related crimes including economic and financial crimes matters could be enhanced.”

The Nigerian President stressed that the constitutional mandate to check and balance governmental powers among the three arms of government creates the environment for continuous constructive engagement and as such, judges should use the opportunity of the conference to reaffirm their constitutional role as the ultimate arbiters on constitutional and social issues.

He also lauded the dedication of the judiciary in the timely dispensation of electoral disputes and urged them to do more.

“I am proud to observe that the judiciary both before and after the elections has improved in its ability to conclude election matters in a timely manner. There is still room for improvement and I urge the Chief Justice to initiate a study to understand the challenges of adjudicating election matters and to advise me on the steps that the executive can take to address those challenges,” President Buhari said. 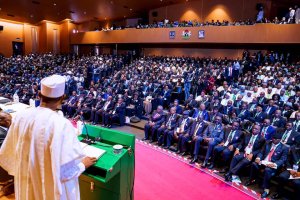 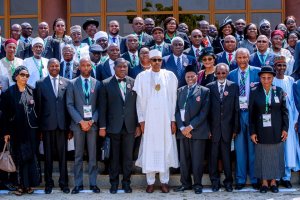 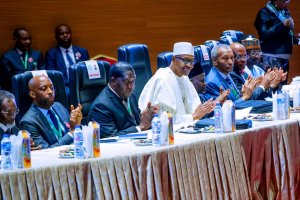 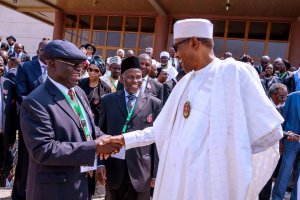 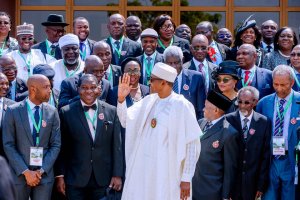