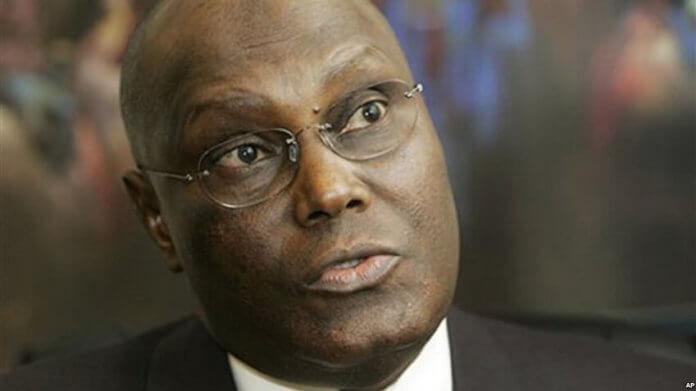 The candidate of the Peoples Democratic Party (PDP) and former vice president, Atiku Abubakar, has inaugurated his legal team to challenge the result of the just concluded presidential election.

Media according to a statement by his media adviser, Paul Ibe, the team inaugurated on Saturday is headed by a Senior Advocate of Nigeria, Dr Livy Uzoukwu.

“I have just inaugurated my legal team and charged them with the responsibility of ensuring that our stolen mandate is retrieved,” Atiku was quoted as saying in the statement.

He added, “I am encouraged by the presence of fearless men and women of the Bench.

“The judiciary which had in the past discharged itself ably is once again being called upon to deliver judgement on this matter that will be untainted by lucre and uncowed by the threat of immoral power.” the statement read, adding however that two Senior Advocate of Nigeria, SAN, Chief Kanu Agabi and Ikpeazu were allegedly threatened by government not be part of the legal team.

The Independent National Electoral Commission (INEC) had declared President Muhammadu Buhari as the winner of the election on Wednesday, having polled the highest number of votes in the poll.

In his reaction, Atiku rejected the result, alleging several malpractices including the use of the military to perfect voters’ intimidation and suppression in PDP strongholds.

He had also accused the All Progressives Congress (APC) of conniving with INEC officials and security agents to fabricate “bogus figures and outright falsification of the returns from the polling units”.

The PDP candidate, thereafter, said he would use all available legitimate means to challenge the result of the election.

On Thursday, he met with members of the National Peace Committee lead by a former Head of State, General Abdulsalami Abubakar (rtd).

Atiku assured Nigerians that sooner than later, the dispensers of justice would give a judgement which he said would represent “a historic denunciation of electoral fraud and mandate bandit”.

Meanwhile, the former vice president has vowed that he would under no circumstance “mortgage the mandate of Nigerians as freely expressed on the 23rd of February, 2019.”

He raised an alarm of alleged desperate moves to make him concede and congratulate President Buhari.

The PDP presidential candidate also alleged that his son-in-law, and finance director of his group of companies, Babalele Abdullahi, was arrested in Abuja on Saturday, as part of the pressure being mounted on him.

“In a desperate move to have Atiku Abubakar concede and congratulate General Muhammadu Buhari, officials of the Economic and Financial Crimes Commission (EFCC) at about 8.30am today (Saturday) invaded the Maitama residence of Babalele,” a separate statement by Ibe claimed.

It added, “They were, however, not given access into the house until his lawyers arrived.

“As a law-abiding citizen, Atiku Abubakar recognises the constitutional role of the EFCC and indeed any other agency of the government to carry out investigations, but will not be cowed by any attempt to blackmail him into mortgaging his mandate.”

NBA Calls For Investigation Of Expectant Lawyer Murder In Delta