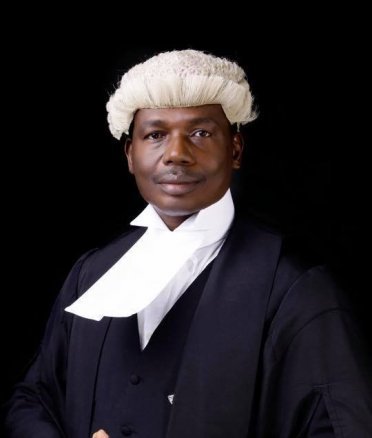 The advent of a new social media order has aided Nigerians like all other citizens of the world, in giving full expression to the constitutionally guaranteed right to freedom of expression and the right to hold and disseminate opinion on any matter. The advent of Twitter, Facebook, Instagram, Linkedin and many others in that category, has empowered Nigerians, especially young people, to either expose various forms of malfeasance prevalent in the society or to mobilize for causes which they believe can better their lives.

Often described as “street journalism or citizen’s journalism”, Radsch Courtney, an American journalist in her doctoral thesis submitted to the American University titled “The Revolution will be Blogged: Cyber Activism and the 4th Estate in Egypt”, defined this brand of journalism (i.e social media journalism) as “an alternative and activist form of news gathering and reporting that functions outside mainstream media institutions”, whilst for Willis and Bowman, “this brand is a bottom-up, emergent phenomenon in which there is little or no editorial oversight or formal journalistic workflow dictating the decisions of staff.”

In essence, experts agree that the new social media has upped the ante in that there might be no room for filtering of information before publishing same, as citizens could and usually publish same in its raw form. The advent of social media has positively impacted on the polity, economy and social stratum of the Nigerian society and it has assisted tremendously in holding public officers accountable. This is about the greatest gain of the freedom associated with the social media. Very recent examples include the exposition on the killing of the policemen who had gone to arrest a kidnap kingpin, by some officers of the military in Taraba State; the revelations on the assault on a young hapless and helpless lady by the Adamawa Senator Elisha Abbo, amongst other many examples. It is safe to assert therefore, that the new social media has acted as some form of restraint on despotic and arbitrary power.

While the masses celebrate this new ‘licence’ to air their opinion at a cheap, fast and protected manner, those at the helm of affairs seem to be distraught by the self-formulated notion that the new social media poses great danger to the society, even without any substantial proof thereof. They are quick to point at the challenges bedeviling the use of the new social media. It is admitted that the use of the new social media is replete with some challenges to wit: incidence of fake news/posts, defamatory and libellous posts, hate speeches etc, though this should not be enough reason to over-regulate the already regulated media space, as confirmed by the Vice-President recently.

Hinging their basis for attack and call for regulation of the new social media space, as it has done to traditional media, leaders with despotic tendencies and their collaborators all over the world, have usually clamoured for the regulation and enactment of laws, to curtail the use of the new media by citizens. They are often quick to propound that the baby be thrown away with the bath water, for the obvious reasons, that such government and its officials are livid and do not want the citizens to hold them accountable.

In Nigeria, these tendencies have somewhat manifested in various forms. For instance, Nigerians have not forgotten the introduction of the ‘Frivolous Petition Prohibition Bill in 2018 by the Nigerian Senate, which sought to regulate among other things the digital cum media rights of Nigeria. A section of that bill provided thus:
“Where any person through text messages, tweets, WhatsApp, or through any social media post any abusive statement knowing same to be false with intent to set the public against any person and/ or group of persons, an institution of Government or such other bodies established by law shall be guilty of an offence and upon conviction shall be liable to an imprisonment for two years or a fine of N2,000,000 (about US$5,500) or both such fine and imprisonment.”
The said bill however did not see the light of day, even though it had progressed to the committee stage, due to the resistance of Nigerians through the media and civil society groups, all of whom were determined to protect their God-given right to freedom of expression which is constitutionally guaranteed and would not allow any government infringe thereon.

It is conceded that there are the challenges of fake news, hate speeches, defamation of character and other vices associated with the use of social media. However, is that enough justification to further regulate the already regulated use of the social media through the enactment of legislations, which sometime violate constitutional provisions? There exist abundant of laws already put in place and which are sufficient to curb any fear that government officials and other well-meaning Nigerians may have. Examples of such laws already regulating the social media stage are as follows:
a. Cyber-Crime Prohibition Act.
b. Criminal Code Act
c. Penal Code Act.
d. Nigerian Press Council Act etc.

Section 17 also empowers the Council to direct the medium or person so complained of to publish a suitable apology and reprimand the journalist accordingly. Failure to comply with the directive of the Council on this issue attracts a fine upon conviction. The beauty of this piece of legislation is that it protects both the journalist and members of the public. For the journalist it reinforces the right to enjoy freedom of the press and to other members of the public, the right to be protected from malicious and defamatory publications.

From all the foregoing, no one is left in doubt that there abounds in the land sufficient laws to address any fear that the use of the social media may birth. All that is required is to activate the laws in such circumstance as the occasion demands. Besides, the Nigerian citizen has the option of initiating a civil suit where his personal right is breached. It is thus an act of cowardice for the ruling elite to contemplate enactment of new laws to gag the press and go after their soft targets i.e. the Nigerian people or the “street journalist” who now finds consolation in the liberality of the social media to air his or her views on issues of concern in the state.

Consequently, the impact of law on the new social media is that a balance has been struck by it, between entrenching and protecting the right of Nigerians to press freedom, freedom of speech, freedom to use the social media and consequences for violations of the right of other members of society and the corporate existence of the country. The appropriate organ to determine and enforce that balance should be the court of law, in all cases.

“Covid-19; The Aftermath: What lessons for Legal Services, Legal Practice and...

Lawyers are not Above the Law; They should not be Placed...