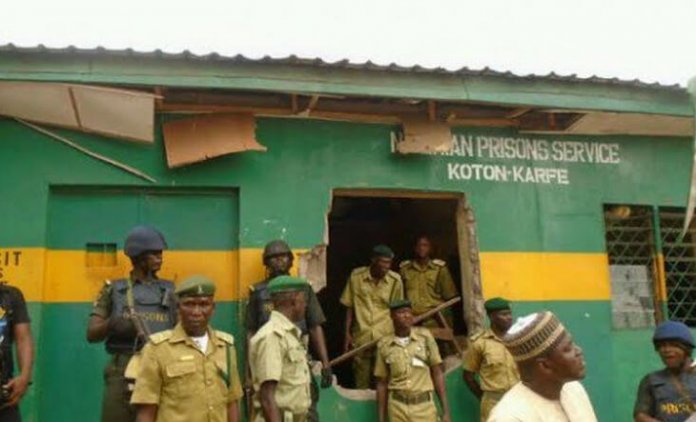 A mild drama occurred on Tuesday at the Osun State High Court, Osogbo, when an official of Ilesa prison allegedly slapped a lawyer, Mr. Kasiamobi Eze Ngwoke, after a court proceedings.

It was gathered that the prison official had slapped one of the inmates who was slow in entering the prison van after the court proceedings.

According to an eye witness, the lawyer who was apparently not happy with the way the inmate was treated, approached the warden to educate them that the inmate has not been convicted and his personal liberty should be respected.

The eye witness account revealed that the inmate is a client of Mr. Ngwoke.

The prison warden who was said to be unhappy with the manner of approach of the lawyer slapped him and threatened to shoot him.

The Magistrate, Mrs. Modupe Awodele, who was watching the drama from the court summoned the lawyer and the prison officials.

The Magistrate was said to have cautioned the prison officials that they have no right to maltreat or assault an accused, let alone a lawyer.

The Magistrate was said to have directed the lawyer to take appropriate legal action against the prison officials.