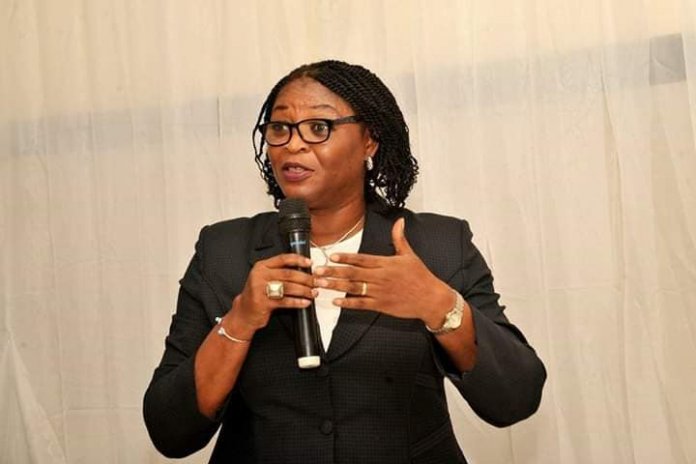 The State Head of Service, Mr. Hakeem Muri-Okunola, made this known through a signed circular with Ref. No. CIR/HoS/ ’19/Vol.1/052, dated 16th August 2019, which were copied to the state deputy governor, Dr. Obafemi Hamzat; the right honourable Speaker, Lagos State House of Assembly, Mudashiru Ajayi Obasa, among others.

Amongst the newly appointment Permanent Secretaries is the Lagos Director of Public Prosecution, Ms. Titilayo Shitta-Bey.

Ms. Shitta-Bey started her early education at the popular Epe Grammar School in Lagos and belongs to the Epe Grams Class of ’81. She proceeded to the University of Wolverhampton in the United Kingdom for her LLB and and obtained her LLM in Corporate and Commercial Law at the Kings College also in the United Kingdom.

She started her early career as an intern with Professor Abiodun Adesanya & Co in 1989 and worked at B.A. Shitta-Bey & Co before joining the Lagos State Civil Service as a State Counsel in 1994. She became Chief State Counsel in 1996  and in 2007 she was elevated to the rank of  Deputy Director Commercial Law. During the period, she also served as the Registrar, Lagos State Bills of State Registry, a position she held until  her appointment as the Secretary/Legal Adviser of Lagos State Public Procurement Agency in 2012. She left the position in September 2014 when she was deployed to head the Directorate of Commercial Law. She became the Director of Public Prosecution, a position  she held until her recent appointment.

With her new appointment, she would sit atop the Lagos State ministry of Justice as the permanent secretary and would double as the State’s solicitor-general.

We join friends and family to congratulate Ms. Shitta-Bey on this new elevation and wish her more success.