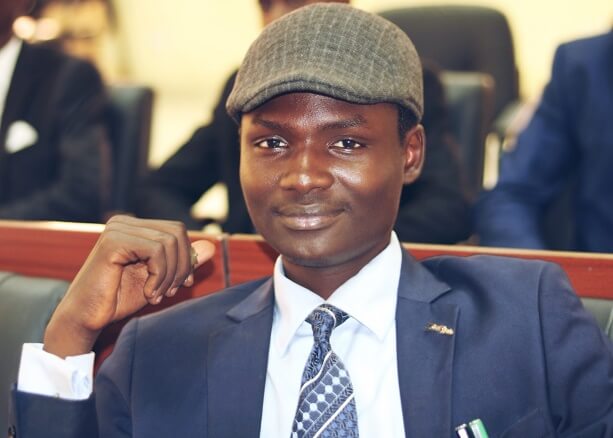 If Nigerians can access safe, reliable and affordable power supply, livelihood would be meaningful, households would be lively, firms would operate competitively and businesses would flourish. This means more jobs for Nigerians and less forex outflows for the importation of foreign products. With a growing economy, a promising population and a GDP of 510 billion USD, Nigeria is acclaimed the largest economy in Africa and its highest FDI attractor.

Unfortunately, Nigeria’s power supply is a mirage, and this means that the attainment of its vision 20:2020 depends intricately on its ability to leverage on its energy potentials and accelerate growth in its power sector.

The significance of power to Nigeria’s economy led to the ineluctable need to reform. The dawn of 2005 was greeted by the enactment of the Electric Power Sector Reform Act No. 6, 2005 (the Act), which saw to the unbundling of the electricity infrastructure and opened up the sector to participation of the private sector. Prior to the reform, the entire electricity value chain was fused into a vertically-integrated state-owned monopoly – the Nigerian Electricity Power Authority (NEPA), and consumer rights were basically nonexistent.

The power sector privatisation and reform programme implied a liberalisation of the Nigerian Electricity Supply Industry (NESI) and privatisation of electricity utilities. This development was followed by surging demands for electricity and the need for a robust framework that will comprehensively protect consumers from the juggernauts of the privatised market, because exploring electric competition calls for intricate questions on how the new industry will be structured, how it should operate and how consumers will be affected.

Consumer protection issues are crucial to the Electric Power Sector Reform, as the purpose of the reform will be largely defeated if the new market also means augmented fraud, endless complaints, customer confusion, and other forms of consumer exploitation.

With a utility as crucial as electricity in private hands, a great percentage of electricity consumers in Nigeria are potentially exploited and are facing daunting challenges in the protection of their rights.

While the exploitation of consumers manifests across all sectors of the economy, especially the deregulated sectors of Nigeria’s economy like banking, telecommunications, etc., the menace is at a greater proportion and poses more significant threats in the power sector.[i]

Recognising that consumption is the essence of production of goods and services, the Act tasks the Nigerian Electricity Regulation Commission (the Commission) with an important mandate under its Consumer Protection Framework.[ii]

Monye[iii] portrays a picture of the consumer thus:

There is high incidence of fake and substandard products. The problem cuts across various fields including the supply of services. Most often, consumers find themselves saddled with shoddy services, or even non-performance …the supply of shoddy products and services constitutes a big problem to the consumer[iv]

In light of the above, there is a conscious legal policy by the government inspired by the recognition of the vulnerable position which the consumer occupies in the market place.[v]

The growth of the energy sector and the consequent expansion of its consumer base have been followed by intense consumer complaints cutting across issues of metering, billing, tariff, poor services, and so on. Hence, the law recognises that consumption is the essence of production, and thus puts in place legal and institutional frameworks for the protection of consumers in the NESI.

Consumer protection, no doubt, is one of such instances where state intervention is necessary. An ordinary consumer has the right to a sense of security about the products and services purchased in the marketplace. In the circumstance, a consumer is entitled to enjoy the right to protection against poor quality, right to stop unethical practices and right to see that Consumer justice is done.[vi]

The government has sought to ensure the protection of consumers by assigning specific functions to some governmental agencies.  In the power sector, the state saw the need for administrative intervention institutionalizing appropriate legal framework for consumer protection, hence the creation of agencies vested with authority to supervise, monitor and regulate the activities of operators and providers of services.

It follows that consumer protections laws and policies span directly from the fundamental rights enshrined in the Constitution. The right to fair hearing, for example, addresses issues of access to justice and consumer redress as a cardinal principle of consumer protection.

From a rule of law approach, the Nigerian Constitution is extant on the extent of deregulation in key sectors of the national economy vis-a-vis consumer protection. The fundamental objectives and directive principles of state policy under Chapter II of the Constitution, particularly section 16 of the Constitution sets out the economic objectives that should guide regulation, deregulation and re-regulation, to the effect that the constitution requires an economy that is efficient but also secures “the maximum welfare, freedom and happiness of every citizen on the basis of social justice and equality of status and opportunity”. Although the legal status of these directive principles is that they are not justiciable at the instant of a person who alleges that his rights have been infringed by the acts of government or another citizen,[vii] this does not mean that they are divested of legal effect as they sought to guide executive actions in Nigeria. Every branch of government ought to reflect these directives in their policies and programmes, and where they fail to incorporate them, or act contrary to their requirement, such actions can be held as unconstitutional.[viii]

Similarly, most of these consumer protections principles replicate the African Charter on Human and Peoples’ Rights, and the Charter, as held in Abacha v. Fawehinmi,[ix] the provisions of the Charter are enforceable in Nigeria as any other law.

The relevant consumer rights’ surveillance and consumer protection institutions are the Federal Competition and Consumer Protection Commission and the Nigeria Electricity Regulatory Commission. While the former is the general consumer protection agency across all sectors enforcing the Federal Competition and Consumer Protection Commission, the later is the sector-specific regulator with mandate of protecting electricity consumers, operating within the purview of the Electric Power Sector Reform Act.

Prior to the power sector liberalization and privatization, consumer rights were left to the whims of the officials of the erstwhile NEPA. One of the innovations of the reform is the establishment of a set of consumer rights. In furtherance of its objects under section 32 or the Act, the Commission is mandated to establish appropriate consumer rights and obligations regarding the provision and use of electric services. In fact, the Commission is mandated by law to issue written reasons for and of its decisions affection the existing rights and obligations of any person(s). Some of the rights of electricity consumers today include:

ALSO READ   Windfall for Wrongful Termination of Employment: A Review of the Power of the National Industrial Court to Award Exemplary Damages

On a final note, it is the writer’s conclusion that the designation of the FCCPC as a co-regulator with the NERC in relation to consumer protection and the proliferation of the legal framework for the protection of electricity consumers in Nigeria breed inconsistencies and confusion. The provisions of the Federal Competition and Consumer Protection Act replicates the NERC’s mandate on the FCCPC and dictates its superiority in the event of any conflict with other existing laws, including the Electric Power Sector Reform Act.

This legal regime may be contestable and impracticable, particularly with respect to highly regulated industries, such as the power sector, having specialized skills and industry-specific legislation.

The consumer protection framework of the NESI should be vested exclusively in the NERC, because the dynamics of the power sector requires a certain level of expertise in energy law, electricity consumer protection and electricity governance. This calls for a thorough review and amendment of the Federal Competition and Consumer Protection Act to expunge its relevant provisions that replicate the Electric Power Sector Reform Act and hijacks the mandate of the NERC. These powers need to be clearly defined to ensure that conflicting and a multiplicity of regulatory compliance obligations are not created by the FCCPA. The EPSRA should also be amended and reinforced with more consumer protection principles to reflect the constitutional imperative for consumer protection in the NESI.

Atiku M. Jafar is a past National President of the Law Students’ Association of Nigeria and a young researcher in Energy Law. He can be reached on amjafar01@gmail.com.