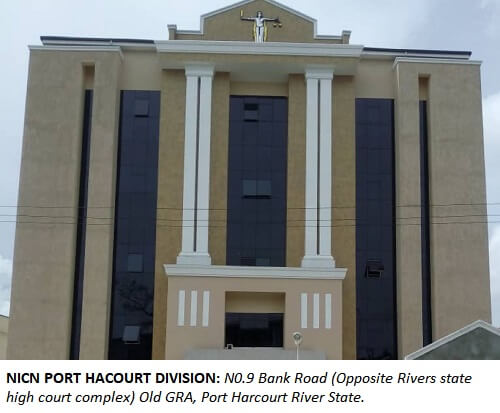 His Lordship, Hon. Justice Nelson Ogbuanya of the National Industrial Court sitting in Port Harcourt has dismissed the preliminary objection filed by Nigerian Port Authority challenging the jurisdiction of the court to hear the matter brought by their former staff Margret Ezeagwu on the ground that the action was brought about 2years after contrary to the 3month-limits allowed by the POPA Act.

The court held that Public Officer Protection Act (POPA), prescribing 3-month time limit to commence suit upon arising of the cause of action, no longer apply to employment claims, as in the instant case, ordered that matter proceed for trial.

The Suit originally commenced at the Federal High Court, Port Harcourt Division on October 2011 and later transferred to National Industrial Court of Nigeria (NICN) Abuja Division on 26th May 2016.

By a Writ of Summons refiled on 10th November 2017, the Claimant claimed against the Defendant for A Declaration that the Dismissal of the Plaintiff by the Defendant without giving her any opportunity of being heard on the ground so raised amount to denial of  her fair-hearing as guaranteed under Section 36 of the Constitution  of Federal Republic of Nigeria 1999 (now amended in 2011) and an order for reinstatement among others.

The Defendant denied the claims, followed with a Notice of Preliminary Objection challenging the jurisdiction of the court, on the ground that the suit has become statute-barred, having been caught by the provisions of S.2 (a) Public Officers Protection Act (POPA); that the suit arose sometime on 30th October 2009 and the action was brought on 6th October 2011, about 2 years after the cause of action arose, contrary to the 3 month-limits prescribed in S.2 (a) POPA urged the court to so hold and dismiss the suit.

In opposition, the counsel to the Claimant/Respondent Thaddaeus Dzege, Esq submitted that POPA does not apply to the suit that the Defendant/Applicant should not take advantage of the provision as it is in gross violation of the rule of natural justice of fair Hearing, in that the Claimant/Respondent was dismissed without being afforded an opportunity of being heard.

Counsel further opined that the cause of action arose 3rd May 2011 when the Defendant refused to consider the appeal after the dismissal urged the Court to dismiss the preliminary objection and award substantial cost against the Defendant.

After careful evaluation of the submissions of both counsel, delivering the ruling, Justice Ogbuanya expressed thus;

“In the circumstances, having not taken evidence on the alleged breach of fair hearing and acts of malafide /acts outside the colours of office, to establish the exception to application of the limitation provisions of POPA, I find and hold that this aspect cannot be reviewed at this preliminary stage as the main case of the Claimant borders on breach of fair hearing in her dismissal, which is being challenged in the substantive suit.

“From the evolutionary trend of authorities, the exclusion of employment contract claims (contract of service) from the contracts excused from operation of POPA, even started earlier in 1972 and continued in the later years.

“Accordingly, in line with the recent Supreme Court decision in the Johnson’ Case (supra), and this suit being an employment claim of service contract, in my considered view, the S.2 (a) of the Public Officer Protection Act (POPA), prescribing 3-month time limit to commence suit upon arising of the cause of action, no longer apply to employment claims, as in the instant case. I so hold.

“Having brought forth to the fore this most recent and apt authority of the apex court on the issue slated for determination in this Application under consideration, and in due reverence to the hallowed doctrine of stare decisis and judicial precedent, of which I am sworn-bound to honour and observe, I can only take a bow and bend to apply the law as it is now, no longer as it was before.”

In all, the court dismissed the Preliminary Objection submitted by the Defendant/Applicant for lacking in merit and being otiose, ordered that the matter proceed for trial.