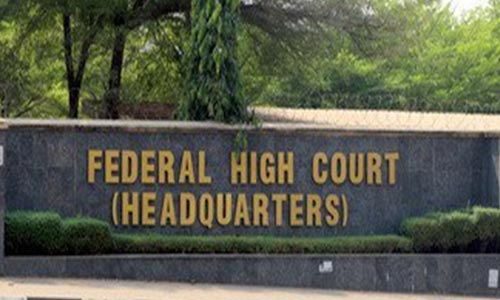 A review of the FCPR shows that no additional Order was added to the 58 Order rules but some of the orders were reworded/re-arranged and in a few cases, new sub-sections were introduced. Below are some of the new provisions in the rules:

With respect to signing documents electronically, the rules provide that a party may sign with electronic signature or sign manually and scan to the system. The rules also address technical issues with the system which may result in a process being filed out of time. In such circumstances, the party can apply to the court for appropriate relief. See order 58

On the whole, there are a few major areas where  the rule seems to have introduced what we have not seen before. The first one is addition of Affidavit of non-multiplicity of action to the list of documents that should accompany originating processes and the second is the provisions on e-filing Registry. The value of Affidavit of non-multiplicity of action remains to be seen considering that there are existing legal remedies for abuse of process. However, the fact that a party is obligated to depose to such an affidavit under penalty of perjury may go a long way in reducing abuse of process. For e-filing, the rules would remain a mere statement of intent unless funding can be mobilized for the creation and management of the registry.

Another important provision is the clarification that no leave is required to issue a writ for service anywhere within Nigeria. This has put paid to the unnecessary dissipation of judicial ink on the issue[1].

Unlike the LCPR, the FCPR did not make drastic changes to existing procedural practice in the court. It is particularly disappointing that the existing practice on substituted service was not amended to reflect modern means of communication. There is also no change to Order 25 dealing with costs. Realistic costs structure is fundamental to curbing delays and frivolous actions and generally orchestrating virile justice administration machinery.

Perhaps the reason the rules looks more like a reprint of the old rules is that in 2018, the court made two important rules. The first one was The Federal High Court (Alternative Dispute Resolution) Rules, 2018 (ADR Rules) which came into effect on December 13, 2018. The rules created the Dispute Resolution Centre (“the ADR Centre”) with mandate to apply mediation, conciliation, arbitration, neutral evaluation and any other ADR mechanisms in the resolution of disputes referred to it from the Court. Though order 18 rule 1 of the 2009 rules (now 2019 rules) empowers the court to grant parties time to explore possibilities of settlement of disputes, the ADR Rules provides a detailed mechanism for doing so. In line with the rules, Honourable Justice Kafarati, the Chief Judge of the Federal High Court, recently commissioned the ADR Centre and noted that it was aimed at enhancing access to justice through alternative mechanism; minimize frustration and delays in justice delivery as well as enhanced timely, cost effective and users’ friendly alternative to litigation in resolving disputes.

The second one was the Federal High Court Asset Management Corporation of Nigeria (AMCON) Proceedings Rules, 2018. The rules also came into effect on December 13, 2018. The objective of the rules is to deal with AMCON claims expeditiously. AMCON rules mirrors the trend of designing special procedures for the quick dispensation of justice in certain areas.  Whilst there is nothing wrong with the approach, the goal of the judiciary should be effective and expeditious disposal of all cases. We cannot continue to create special procedure for cases that favours the government and politicians while the rest of the society continues to wallow in unreasonable delay in justice administration.

No matter how beautiful the Rules of court are, they cannot be better than the users and those charged with the duty to implement them. The bar and bench must get back to the real business of dispute resolution and in real time. Finally, the most fundamental hurdle to expeditious disposal of cases cannot be addressed by Rules of court. Lack of infrastructure and limited manpower will stand in the way of achieving the laudable objectives of the Rules. A judge with 30 cases on the list in a day and without modern recording gadgets and support system cannot realistically resolve disputes expeditiously. This aspect need to be addressed if we are serious about quick dispensation of justice.

Elvis. E. Asia is a Senior Counsel in Lagos, Nigeria. Mr. Asia can be contacted at elvis.easia@gmail.com