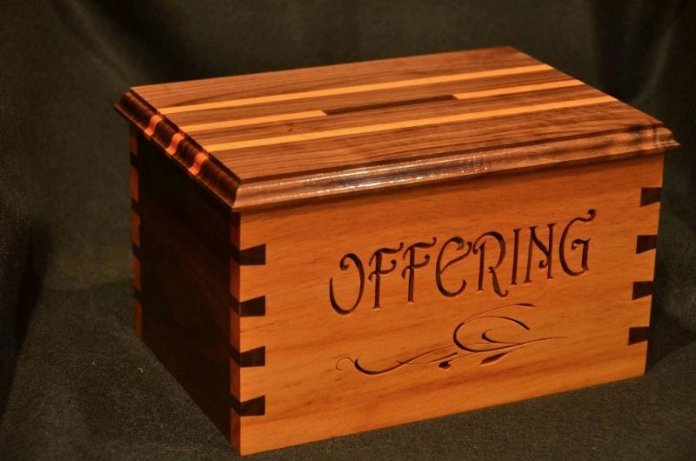 A 20-year-old security guard, Micheal Nwaogwu, who allegedly stole N2,385 from an offering box, on Friday appeared in a Yaba Magistrates’ Court in Lagos.

The police charged Nwaogwu,  who resides in Costain area in Lagos, with theft.

He pleaded not guilty to the charge.

Oriabure alleged that another security guard, Mr Musa Ayay, discovered that the offering box was tempered with.

He said when Ayay confronted the defendant, he confessed to the crime.

Ayay alleged that the money was recovered from the defendant’s underwear.

The offence, he said, contravened the provisions of Section 287 of the Criminal Laws of Lagos State 2015 (Revised).

News Agency of Nigeria (NAN) reports that if convicted under Section 287, a person is liable to three years imprisonment,

Magistrate Oluwatoyin Ojuromi admitted the defendant to ail in the sum of N30,000 with two sureties in like sum.

Ojuromi ordered that one of the sureties must be a blood relation.

She adjourned the case until Aug. 19 for mention.