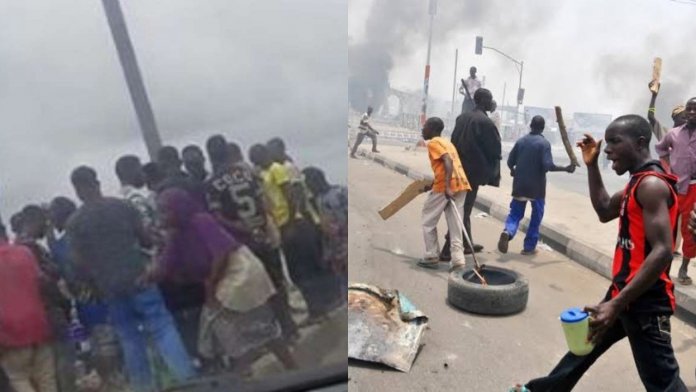 They said four people were killed on Friday night and three others yesterday, claiming that cult wars were a daily occurrence in Ado, Badore and Oke-Ira areas of Ajah.

But the police denied any life was lost on Sunday night, noting that the gunshots residents talked about were fired by policemen to scare the gangsters who were planning to strike.

The Nation gathered that the police have arrested about 70 suspected cultists in the affected areas in the past three months, most of whom have been charged to court.

Our correspondent learnt on Monday that the cultists usually came out around 8pm armed with cutlasses, guns and axes.

A resident who appealed to the state government and police authorities to put an end to the cult wars, said it had claimed over 25 lives since it began months ago.

He said, “The cult boys come out daily once it’s 8pm with guns, matchet and other weapons to fight. Four people were killed on Friday night. Two are innocent and two cultists.

“Yesterday (Sunday) they shot for about one hour on the road unchallenged.

This is a known fact on Oke-Ira, Ado. Despite that it happens daily, you will never see the police there,” he said.

At Addo Road, it was learnt that one person was murdered last Tuesday in front of bar.

“Even at Badore Roundabout where police are stationed, the police disappear before 8pm the time the cultists start their war.

“The Inspector General of Police (IG) and Govenror Babajide Sanwo-Olu should come to our aid. We live in fear of being killed. People close their businesses around 6pm out of fear.

“Any vehicle parked on the road will have their widescreen broken or damaged and anyone seen would be robbed.

“I am worried because I left Port Harcourt two years ago for this same reason. I sold all my properties and moved to Lagos but this same problem has continued for many months now.”

He said: “On September 8, at about 2pm, team of policemen were deployed to Adoh village based on credible information received that cult members were gathering by the transformer in Baale Adoh’s house in a bid to disturb the peace of the community.

“On sighting the team of policemen these street urchins took to their heels while policemen shot in the air to disperse them.

“They later regrouped and came out through Okeira Nla in a bid to start robbing passersby. Some of these boys were seen wielding dangerous weapons.

“They were given a hot chase and in  the process twelve of these street urchins were arrrsted. Exhibits recovered include cutlass, jack knife, an expended ammunition and stolen handsets.

“Investigation is still ongoing and further development will be