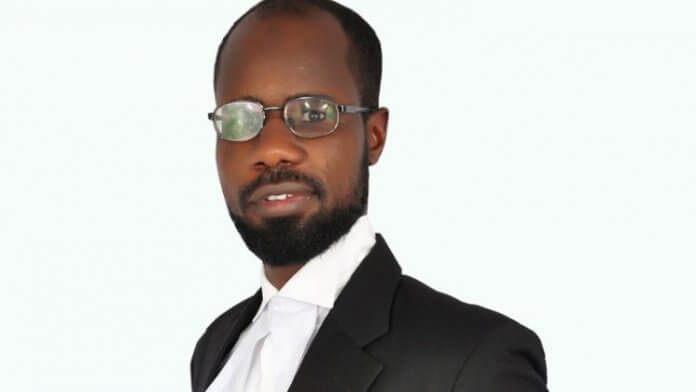 Mr Bukarti, an analyst in the Co-Existence team at the Tony Blair Institute for Global Change, leads the team’s work on sub-Saharan Africa and has studied extremist groups in Africa, particularly Boko Haram, for over a decade.

In the 5-minute audio message, entitled ‘Response of Abubakar Shekau to the Evil Man (Bulama Bukarti)’, the terrorist leader said Mr Bukarti was in trouble and would never know peace from today [Friday].

Below is the full transcript of the 5:22 seconds audio message

In the name of Allah. All praises are due to Allah. Peace and blessings be upon the Prophet. Having said this, my Muslim brothers around the globe, both those we see and those we don’t see, I greet you in the Islamic formula: Assalamu Alaikum wa Rahmatullah.

Secondly, I am the leader of Jama’atu Ahlis Sunnah lid Dawati wal Jihad, all praises due to Allah today, Friday, 4 Rabi’ul Awwal 1441 in the Islamic calendar. There are messages that reach us and we know the person who responsible for and he will not succeed.

We are sending him a message to be a proof against him unless he repents. Bulama Bukarti, you have been speaking about Jama’atu Ahlis Sunnah lid Dawati wal Jihad and its Imam, Abubakar ibn Muhammad ash-Shakawiy [that’s the speaker]. You have been saying that we are merely claiming to follow the Prophet Muhammad (Peace Be Upon Him) and his religion and the People of Tradition and the people.

You say our claims are false and that we do not represent true Islam. Allah knows who is righter [between you and us] and this is Allah’s favour, we pray that He bestow his blessing on us. But you cannot be the judge. Bear my message in your mind, it will be a calamity for you if you don’t repent before Allah or on the Day of Resurrection.

We practice the religion of Prophet Muhammad (Peace Be Upon Him) which he and his companions practiced. “What I practice today, I and my companions” (hadith). This is what we wish to die doing this. May Allah kill us doing it. This is like a talk, a warning to you that you may repent. And this declaration, I make Allah as my witness as I talk, by Allah, it will shake you whether you like it or not, even if you deny it. You should fear Allah; we follow the Qur’an and the tradition of Prophet Muhammad (Peace Be Upon Him) and the predecessor (salaf). We want to make the Qur’an and traditions of the Prophet to become the constitution. Even in your language, rules and regulations of a country cannot rule even a cornstalk as even the statements of People of knowledge and understanding needs to be supported with a verse of the Qur’an or hadith of Prophet Muhammad. Even at that, it needs to be true. Whoever lies will be punished by Allah in the afterlife.

These coded statements that I have made will, by Allah, shock your heart. We follow the Ahlis Sunnah wal Jama’a and our followers too and we have justification for our activities. Allah says “Whoever does a good deed – it is for himself; and whoever does evil – it is against the self. Then to your Lord you will be returned.” This is our belief. I would not lengthen my talk to you. You have heard me and it will shake you. You have gone and stayed with Europeans, studying Western education, you are living in a way disapproved by Prophet Muhammad and you think you have authority to speak about us. By Allah, you are nothing. All your statements can be destroyed with one verse of the Qur’an because I am talking with knowledge and, by Allah, I know you understand me, like it or not.

It’s Shekau. All peace and blessings be with the Prophet of Allah. All thanks are due to Allah.