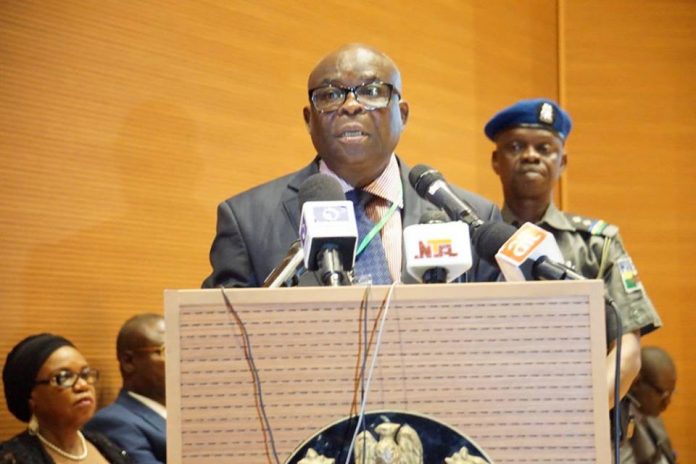 Dear respected members of the Peoples Parliament, I hope you people are still following up with proceedings before the Code of Conduct Tribunal (CCT) on CJN Onoghen’s case. See some major Highlights:

While two of the accounts are in Naira, the three others were Pounds Sterling, Euro and Dollar accounts. The witness told the tribunal that all the accounts were domiciliary, and were opened and managed at the branch of the bank in Wuse 2, Abuja. Before Mrs. Okagbue mounted the witness box, the PW-2, who is a retired Director at the Code of Conduct Bureau, CCB, Mr. Awal Yakassai, told the Mr. Umar led three-man panel that contrary to what was alleged in the media, he said the suspended CJN owned only five houses.

He said it was not true that CCB investigators linked the ownership of 55 houses to the defendant. (See https://www.vanguardngr.com/2019/03/breaking-fg-closes-case-against-onnoghen-after-3-witnesses/). Commenting on this development, an ibadan-based legal practitioner, Mr. Nwabueze Onuoha, observes: ”What can one say about that learned SAN that went to town demonizing the Hon CJN Onnoghen, claiming he(the SAN) did not have more than or was it up to 10,000 US dollars in his account? Should he not go back to channels TV and apologize to the Hon CJN? I thought he would be called as one of the prosecution witnesses..” Also, on hearing that the prosecution had closed its case and seeing reports of the case as presented by the prosecution, a former Attorney-General of Oyo State of Nigeria and respected learned Senior, Mr. Michael Lana, couldn’t hold back his feelings. He was compelled to make the following comments: ”I think there’s something missing unless the social media reports of the CCT proceedings are not true …. The evidence proffered by the prosecution is at variance with the charge. Mind you, the evidence we have read is the evidence of the prosecution, not that of the defence. This evidence only proved what he has which is far below what he was alleged to have and didn’t declare. Still nobody gave evidence on what was not declared. They concentrated on what he has. Look at count 1 for instance, it alleged that cjn between 2005 to 2016 failed to declare his assets but nobody gave any evidence on this. The banker only gave evidence on running his account in 2018: the CCB investigator said he has only 5 houses etc. This has no relevance to the charge”. On his part, a Learned Professor of Law, M. T. Abdulrasaq, out of shock, posed the following rhetorical question, ”What then is it about what the CJN is alleged to have said he forgot to include in his asset declaration form?”

I, UDEMS, on my part, just thought I should let us see how things are going on at the CCT. Nothing more to say for now. Lest I forget, I also read reports that the CJN is planning to file a No-Case Submission.  Have you too heard this.  (See https://www.vanguardngr.com/2019/03/cct-charge-ive-no-case-to-answer-onnoghen-insists/). I would like to end this Report  by referring to (with approval) a statement credited to my bosom friend, Steve Sun: *”…. all of us who are minister in the temple of justice, must always guard against laying bad precedents ….

The summary of my point being that whenever age-old rules and/or norms are bent in order to suit a particular person or situation, it will almost always come back to haunt those who bent same!” (see https://thenigerialawyer.com/cct-versus-cjn-steve-suns-eyes-are-now-open-he-has-woken-up-from-his-slumber-by-ibrahim-w-idowu-esq/).

Finally, as I am now used to saying, asking God to “bless Nigeria “is an ungrateful and abominable prayer because God has already blessed Nigeria abundantly. What Nigeria urgently needs from God Almighty is HELP❗❗Yes, we need help. Quote me❗

I hope to be back with more reports shortly. Good morning.

ALSO READ   NBA’s Letter to Olanipekun; An Independent, Fair-Minded Investigation, Devoid of "Pull-Him-Down Syndrome" and "Sacred-Cow Mentality", is in the Best Interest of All

The Farce of a Presidential Tribunal – Dele Agekameh