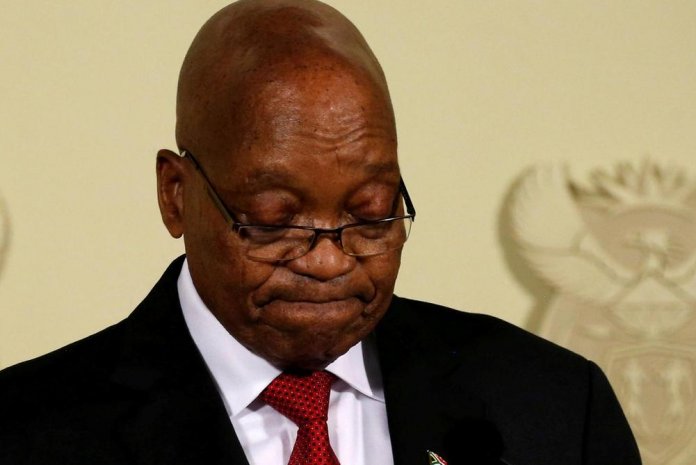 A South African court on Friday dismissed former president Jacob Zuma’s attempts to appeal against a corruption trial in which he faces charges related to a 1990s arms deal involving France’s Thales.

The High Court in the southeastern city of Pietermaritzburg ruled that “Mr Zuma’s leave to appeal is dismissed”.

Zuma filed an appeal last month ahead of the initial October 15 trial date, in a case that has seen numerous legal turns over a decade and a half.

In all Zuma faces 16 charges of fraud, graft and racketeering related to the purchase of fighter jets, patrol boats, and military equipment when he was deputy to the country’s second black president, Thabo Mbeki.

Both Zuma and French defence company Thales, which supplied equipment for navy vessels, deny the charges.

Thales’s application for permission to appeal against the trial was also thrown out at the same time as Zuma’s.

Both Zuma and Thales, have the option to approach the Supreme Court of Appeal or the Constitutional Court in their push to stop a trial, constitutional lawyer and legal commentator Pierre de Vos told AFP.

Another legal analyst Mpulelelo Zikalala, suggested that “the prospects of success are slim”.

The largest opposition, the Democratic Alliance (DA) welcomed the High Court decision and said it looked “forward to seeing this matter finally moving towards the conclusion”.

“Despite his own repeated assertion that he will welcome the opportunity to have his day in court, Mr. Zuma has done everything in his power to resist being held accountable for the alleged criminal activities in which he was involved during the ‘Arms Deal’,” said the DA’s Shadow Minister of Justice, Glynnis Breytenbach.

Zuma was forced to step down last year by the ruling African National Congress (ANC) party after a nine-year reign marked by corruption allegations and dwindling popularity.

President Cyril Ramaphosa, who took over from Zuma, has vowed to tackle deep-seated corruption but faces opposition from senior powerful ANC members, many of whom remain Zuma allies.

The Data Protection Bill: ‘Right to be forgotten’ law is proposed