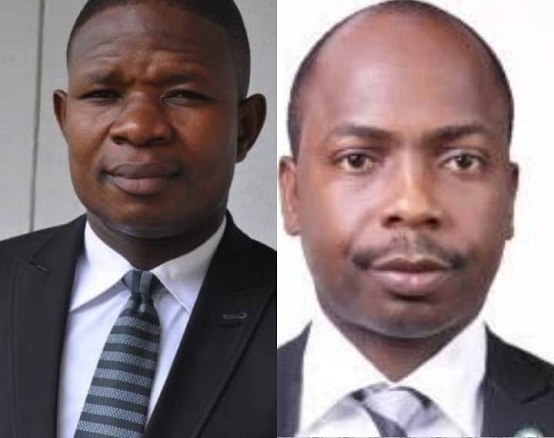 “Is Steve Sun Not a ‘Convenient Activist?’  The above was a poser by erudite law school lecturer Mr. Sylvester Udemzue in his rejoinder titled “A Dispassionate Evaluation of Steve Sun’s Censorious Protestations against the Début of NBA’s Online Portal for Bar Practicing Fees” (read here) in response to Steve Sun’s submission that the NBA Lacks the vires to set up online payment portal for Practicing Fees.

Mr. Udemezue queried why Steve Sun is reacting to issues once more when he had indicated earlier that he was no longer an activist. According to Mr. Udemezue;

“On 21 October 2018, while reacting to an earlier piece by me, Mr. Steve Sun had declared that he had resigned from activism and therefore would not address the issues raised in my article. Hear him:

“it is a pity that your rejoinder came at a time when i had already retired from activism Assuming I wasn’t retired, i can assure you that i would mount pressure on the General-Secretary and other Bar elders & leaders to follow up on the request for clarifications. And if they turn a blind eye to it, i would’ve proceeded with a Freedom of Information action to compel the CLE-NLS to make a full disclosure of all the facts surrounding the exams and the results…. But like i said, i have retired from activism.

Speaking further, Udemezue said:  “Judging from the above, one would ordinarily have thought that Steve Sun would never write or respond to any article or publication again, especially as he saw ‘activism’ as consisting only in writing and so responding. Alas! Here we are, Steve Sun had continued with “activism” ever since then, at least at the level of NBA and in criticising every action taken by the NBA, however well-meaning.”

“So, I say to Steve Sun, welcome back to activism, Sir. But, you have not told the world what had led to your sudden “resignation” from “activism.” Could it be that you just did not wish to respond to the issues raised in my article then? Or that you actually had no plausible reply to them? Or, simply that you are what I prefer to call a “convenient activist,” playing the ‘activist’ when you think it is convenient for you (or suits your personal interests) and looking the other way when it is not? Anyway, this is by the way. I leave the sleeping do to lie; a hatchet that is no longer useful in the farm ought to be buried and forgotten.”