The media in recent times have been awash with reports of proceedings emanating from the legal battle between a Nigerian business man who is Chairman of Inducon Nigeria Limited, Dr. John Abebe and an International Oil Company, Statoil Nigeria Limited. Dr. Abebe had in 2010 taken Statoil to court over the latter’s alleged refusal to fulfill the terms of agreement signed between him and British Petroleum (BP)/Statoil Alliance.

For the record, Dr. Abebe facilitated the coming of BP into Nigeria and helped to secure three deep offshore oil blocks with OPL 213, 217 and 218 for the BP-Statoil Alliance in 1991. Findings revealed that BP later vacated the block and the alliance with Statoil, but Statoil currently enjoys proceeds made from the oil blocks. Abebe, however, claims the agreement was for him to be paid 1.5 percent of the net profit made from the venture. Could the forgery case on Abebe be a ploy to deny him his entitlement?

Nine years after the case was filed and during which Abebe got judgment in his favour at both the Federal High Court and the Court of Appeal, there seems to be no end in sight. Having followed developments on the case right from the beginning, it is rather disappointing that it has taken a turn for the theatrical since getting to the Supreme Court. Abebe may be a member of the much criticized Nigerian elite, but no Nigerian, privileged or not, deserves the kind of harassment and humiliation he has suffered in the hands of the Economic and Financial Crimes Commission (EFCC) over the alleged forgery he currently faces at the Special Offences Court.

Just recently, indications emerged that the evidence being dangled before the Special Offences Court in Ikeja, Lagos, in the prosecution of the Inducon Chairman over the forgery allegation, could be a ruse after all. The EFCC had in July 2018 arraigned Abebe before the court on a four-count charge of forgery, fabricating evidence and attempt to pervert the course of justice levelled against him by Statoil Nigeria Limited.

According to the charge sheet, the defendant was accused to have on June 22, 2010 knowingly forged a letter dated November 30, 1995 belonging to BP Exploration Nigeria Limited to that of his company, Inducon Nigeria Limited. The defendant pleaded not guilty to the charges. But at the recent sitting of the Special Offences Court, a defence witness and Deputy Director of the National Archives, Mrs. Roseline Ovesuor, informed the court that based on the provisions of sections 37 and 38 of the National Archives Act, it was an offence for companies registered in Nigeria to take their records outside the country. She made the revelation at the resumed hearing of the case before Justice Mojisola Dada.

Flowing from the argument, Mrs. Ovesuor, who said she has been working there for more than 30 years at the Department of National Archives of Nigeria, stated that by the provisions of sections 37 and 38 of the Act, it was an offence for a Nigerian company to take its records outside Nigeria.

The witness, who testified under examination-in-chief led by Counsel to Abebe, Uche Nwokedi (SAN), said the Department of National Archives is responsible for the management and preservation of documents of historical value in Nigeria for federal ministries, parastatals, agencies, commissions as well as private companies, institutions, multinational companies and individuals. She added that the National Archives is also mandated to assist ministries, agencies, and departments at the federal level, state level, private organisations, and business houses to establish their archives when necessary.

The defence witness testified that the National Archives Act is the law that regulates their activities and was promulgated in July 1992. She explained that in every organisation, public or private, there exist three levels of records: that is, current, semi-current and non-current. She noted that with an organisation, private or public, incorporated in Nigeria and is functioning in Nigeria, the law states such records must be housed by the organisation within the country where that organisation was established and is operating.

It will be recalled that in the course of proceedings on the alleged forgery, the EFCC, through the Managing Director of Statoil Nigeria Limited, Paul Piche, who is the prosecution witness one (PW1), and PW2, Joanne Cross, who works with British Petroleum (BP) United Kingdom Plc, had produced documents before the court to allegedly prove the charge against Abebe. The documents, which were prepared by BP Exploration Nigeria Limited and Inducon Nigeria Limited (both Nigerian companies), were said by PW2 to have been produced from a privately managed archive in London known as Iron Mountain.

But in part of Abebe’s case, as argued by Nwokedi in his no-case submission which was dismissed by Justice Dada, he contended that the act of exporting or sending the documents to the United Kingdom for archiving is an offence prohibited by Nigerian law. The counsel stated that the action contravenes the provisions of sections 37 and 38 of the National Archives Act, and that the documents were legally inadmissible for proving the charge against the defendant.

While it could be said that the length of time spent in court was moderate compared to cases that had spent double or triple that time, the way judgement is being delayed in the Abebe vs Statoil case has left much to be desired. Inevitably, it triggers the question of whether members of the Nigerian judiciary are conscious of their sacred duty of ensuring that the societal aspiration for substantial or real justice was met. Also, it raises the issue of whether some of the tactics employed by lawyers in the courtroom were not rather specifically calculated to delay or defeat justice than promote the course of justice.

The facts of this case from which I richly draw from are available to anyone who is so interested, because they emanated from court proceedings and are already in the public domain. Often I have had cause to wonder how a case, which was treated with dispatch at the Federal High Court and the Court of Appeal within two years of its institution, has remained at the Supreme Court for seven years at the last count. It is widely known that among common tactics used by lawyers to deny the society of substantial justice were delay tactics, including unmeritorious requests for adjournments by lawyers, which ultimately lead to a situation where cases last for decades in court.

Prior to the forgery case, specifically in 2016, Inducon and Dr. Abebe alleged that Statoil was violating court orders and two extant laws of Nigeria, by moving out of the country $4.1billion in four years. Inducon and Abebe consequently filed a motion on June 13, 2016 at the Supreme Court, asking Statoil to bring back into Nigeria the $4.1b repatriated out of the country in flagrant disregard to the provisions of Section 11 of the Pre-shipment Inspection of Exports Act and Section 19 of the Foreign Exchange Act and the extant non-repatriation order of the Federal High Court as confirmed by the court of Appeal.

Apparently startled by the development, Statoil immediately called for a meeting of both parties to find an out of court settlement and two meetings were held in London in October and November 2016. But surprisingly, Statoil later petitioned the Vice President on the alleged forgery and the VP asked the EFCC to look into the matter. Though there were divided opinions as to the appropriateness of that action.

Abebe too went on to petition the Attorney General and the office of the Vice-President as a whistleblower on the $4.1 billion issue, but up to date, nothing has been done to his petition officially. This makes people wonder if sides were being taken in this case, which involves a respectable Nigerian businessman and a foreign company alleged corrupt records. The Internet is replete of their activities in Iran, Libya, Angola and Tanzania. A visit to the wonderful search engine, google, will reveal a lot.

Suffice to say that many observers of this case are of the opinion that this forgery allegation against Inducon and Dr Abebe is nothing but a circus show, a ploy to deny the reputable Nigerian businessman what is due him. They also feel that the Federal Government should set up an enquiry to investigate Inducon’s whistleblowing on the alleged movement of $4.1 billion out of the country by Statoil in spite of a court order prohibiting such.

By and large, everything that has a beginning also has an end, the Abebe-Statoil case would not be an exception. The world waits in earnest for judgment to be given in the forgery case, and justice must be seen to have been done. 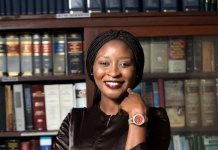 The Constitutionality of Virtual Courts: A Call for the Amendment of the Evidence Act – Oluwatosin Ajose, Popoola 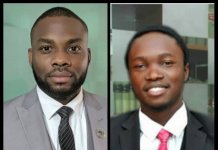 E-Concerts as a Secondary Income Stream for the Entertainer (Vol 2): Intellectual Property Considerations

How to End Herdsmen Attacks, by NBA, Others

NBA President Should Tell Us Why EFCC Alone Must Be Restructured...