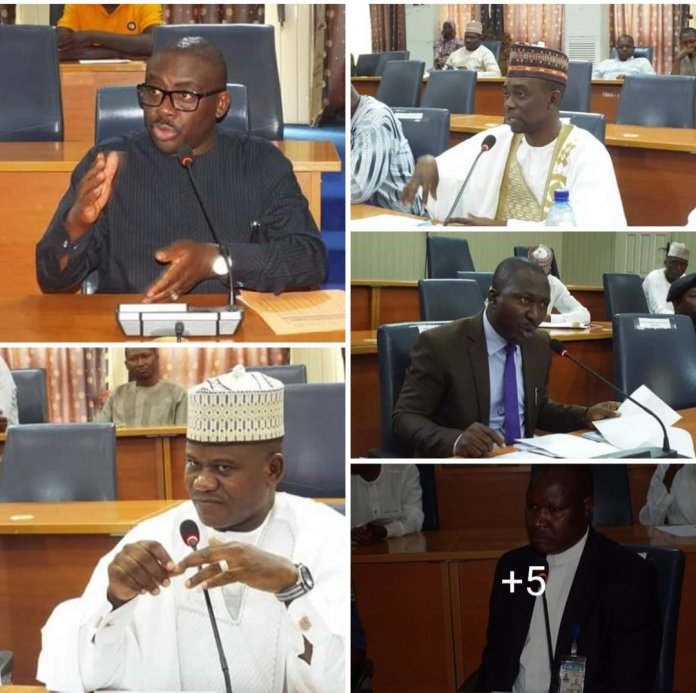 According to Taraba Lawyers, the Taraba State House of Assembly has commenced the process of amending the State’s extant law on kidnapping.

The amendment which is at the instance of the Speaker, Taraba State House of Assembly, Rt (Hon) Peter Abel Diah is in a bid to curb the rising wave of kidnapping in the state. You would recall that over the last few months Taraba State has had several cases of kidnapping to which even our own primary constituency, the Jalingo Bar has not been spared.

On the 27th day of March, 2019, precisely at 1:00am, the former Chairman of our Bar, Daniel-joel Ubandoma was abducted from his residence and was taken to an unknown location. The miscreants only released him 48 hours later after collecting a huge sum of Ten Million naira. His own situation is totally different from that of the former Chairman of the Wukari Branch, Yabura Obadiah Esq who was kidnapped way back 2nd April, 2019 and is yet to be released till this very day.

Lowurga Obadiah Yabura Esq is a very committed senior member of the Bar who has put in 32 years into the legal practice. Aside being the legal adviser to Wukari Local Government Council, he had handled high profile cases before his abduction. Towards this end Taraba Lawyers call on the Chairman of the Wukari Branch, Ali Iguda Esq and its Secretary, Henry Oweka Esq along the entire Bar over there to put in more proactive measures in ensuring that our dear colleague is released. Aside reaching out to the Chief Security Officer of the State, the Executive Governor, they should also liase with the National body to ensure that our dear colleague is released but it is unfortunate that much has not been done as we authoritatively gathered that the branch has not held meeting for almost a year now.

Not to deviate from the main issue, we must commend the Jalingo Bar for her contributions made through the Vice Chairperson of the Bar in the person of Zainab Kishimi Esq on the proposed amendment which seeks to introduce death penalty for offenders as the Bar gave oral/written memoranda during the public hearing.

Our colleagues in the House of Assembly in the likes of Honourable Bape Bashir Abba Esq and Honourable Abubakar Yahuza Jalingo must be equally commended on their efforts on this bill. Aside being members of the adhoc committee set up by the House, they did all within their powers in ensuring that the public hearing took place. We cannot forget others like the lawyers representing the Taraba State Command of the Nigerian Police Force, Samuel Tizhe Esq and his counterpart at both the Nigerian Prison Services and the Department of State Security Services in the persons of Bulus Kaigama Esq and Ibrahim Danjuma Esq in their quest at ensuring that maximum punishment is meted out to offenders.

We cannot fail to appreciate the efforts of the State Government as well as security agencies especially men of the Nigerian Police Force in Taraba State as the rate of kidnapping has reduced to a great extent when compared to the last three months and we believe that with the new amendment coming into force, it will go along way in drastically reducing if not totally eliminating the issue of kidnapping in Taraba State.

Once again Taraba Lawyers appreciate the efforts and contributions of all towards ridding the State of all forms of criminality as we equally demand the release of our learned senior Counsel still in the custody of those miscreants.

Blasphemy: NBA Wades Into Denial of Yahaya Sharif-Aminu Access to...