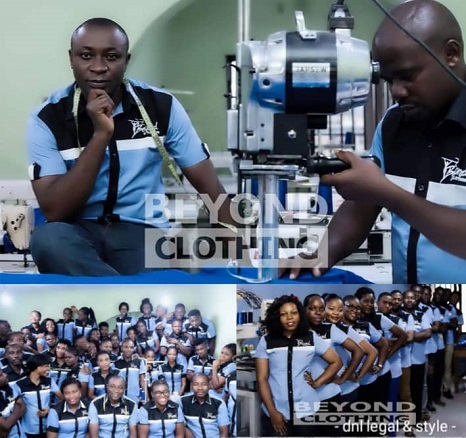 Read the story of how Prince Arthur Uche’s rustication from the University of Jos led him to abandoning his passion and love for the legal profession for tailoring.

How I became a Tailor.

I can’t say that I planned from day 1 to study law and then abandon it for Tailor work.
Ask everyone that encountered me in University of Jos. I was a committed law student. I loved law. I even contested for the position of president law student society and won.
And that was what altered my destiny. As president of law faculty, I was conscripted to participate in issues relating to students welfare on campus and before you knew it, I had become a unionist. An Aluta General. A comrade.

One day, Agada V. Agada. Comrade A. Monday Okotie, Dr Onugbedo , Prince Arthur ( my humble self) and a few other fearless students led a massive revolt against the school authority. To cut a long story short , the university authority brought in both the army and the police and invaded the school. They came after the messengers and not the message with brute force. We were snatched from school, locked up, beaten badly and finally rusticated from school. That was how I lost my crown as president law student society and also lost my status as a student, all in one day. Later we were released from detention and charged to court for kidnapping and violent demonstration.

For more than one year, we were jumping from one court to another, defending ourselves against the criminal case pending against us and at the same time contesting our suspension from the university in a Federal High Court in Jos.

Finally, after a lengthy battle in two different law courts, we were discharged and also restored back to school. I returned back to school to graduate. Glory be to God but when I applied to go to law school, I was denied admission. Reason.
” For participating in a violent students demonstration and also for having a charge of kidnapping pending against you in a magistrate court”.
Jesus!!!! The second time.

That was how your dearly beloved came back to Aba, rejected, dejected and reduced to a failure.

Unable to stand the shame, I withdrew from people and joined my elder brother who was a tailor to work for him. For one year, I committed myself to learn how to sew and make money from this trade. What other option did I have?

My one year as an apprentice, opened my eyes to the opportunities within this industry, I was seeing money, though small,  small money. That was when I made up my mind that even if I secure admission into law school, I will one day return back to this “dua dua work”.

The next year, I was granted admission into Nigerian Law School Enugu.  Thank God.

After graduation and after the mandatory one year NYSC scheme, I returned back to my “dua dua work”, to start from the scratch, but this time with a resolve to do things differently from the regular Aba Tailor.

Today, I can finally say: Thank you Professor Nenfort Gomwalk for that rustication letter. You made this pictures possible. Today my enterprise employs more than 70 people. May the Lord bless you wherever you are and also bless your children, children.

In my own case, I saw opportunity in my humiliation, and because I was willing to do whatever I could with whatever was available, I was able to create an industry out of my crises.

I like the way the bible puts it. ” count it all joy when ye fall into divers temptation,
…. but with the temptation, he will also provide the way of escape, that ye may be able to stand”.

In Pix: Some of Prince Arthur’s workers.

ALSO READ   Diary of a Lagos Rookie Lawyer (1): My First Baptism of Fire 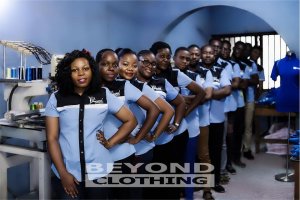 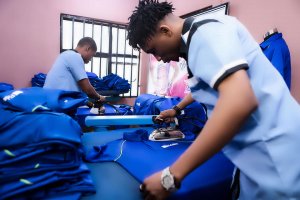 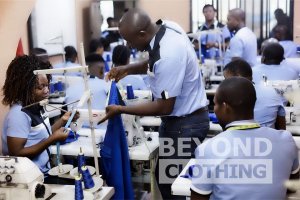 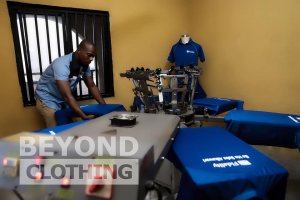 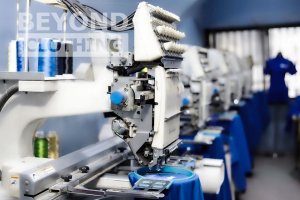 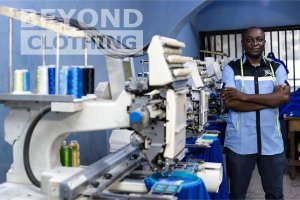 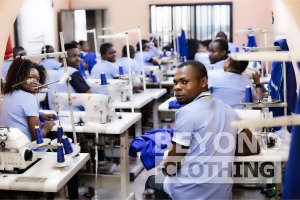 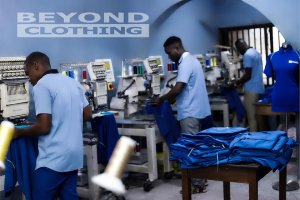 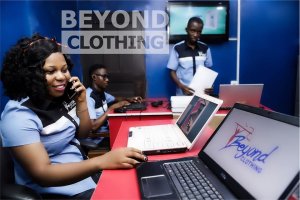