Home Law Student Rendezvous The Use of Barrister as Prefix or Pre-Nominal Title Is an Illegality... 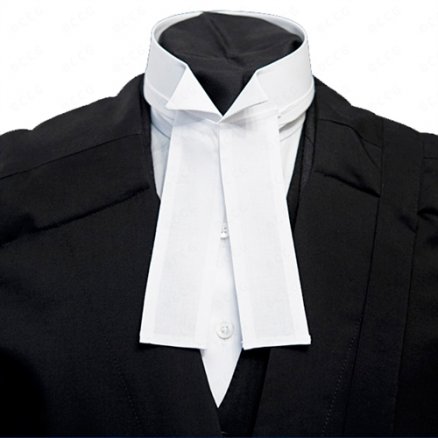 Overtime there have been dissenting opinions on the use of “Barrister” as prefix or pre-nominal title mostly amongst legal practitioners in Nigeria. But this remained a cool war within the clan as lawyers are at liberty to decide whether to use the word or not before their respective names. The truth is that until now, the word “Barrister” has been a notorious name, fast becoming a custom amongst lawyers who either for other purposes or ostentation easily flaunt their names at different fora, be it academic, social or religious gathering. Honestly speaking, an average Nigerian knows the respect the word has garnered over the years.

However, the case of NIGERIAN BAR ASSOCIATION (NBA) v. OFOMATA , reported in (2017) 5 NWLR (PT 1557) 128 at 133, let the cat of the bag where it was held that the appellation of ‘Barrister’ as a title before the name of a legal practitioner is unprofessional and improper; …” This decision was welcomed with mixed feelings and disagreeing opinions. One of such is the opinion of Bolaji S. Ramos, a Nigerian poet, writer, analyst and researcher in his article titled, “What is Wrong in Using the Title “Barrister”? The seasoned lawyer argued that there is presently nothing in the Legal Practitioners Act and the Rules of Professional Conduct hereinafter referred to as LPA and RPC respectively, prohibiting a lawyer, either expressly or impliedly, from taking or using the word “Barrister” as a prefix to a lawyer’s name.

He argued further that the provision of Section E of the RPC 2007 contains Rules 39 to 47 which border on improper attraction of business and advertising and soliciting makes no scintilla of prohibition of the use the word “Barrister” as a prefix by a lawyer in Nigeria.

The seasoned lawyer heavily relied on Rule 40 of the RPC as an authority for using the word “Barrister” as a prefix to a lawyer’s name to show his professional qualification on his notes, envelopes, cards and others. Rule 40 of the Rules of Professional Conduct state as follows;

“A lawyer may cause to be printed on his note-papers, envelopes and visiting cards-

(a) his name and address;

(b) his academic and professional qualifications and title including the words “Barrister-at-Law”, “Barrister and Solicitor”, Solicitor and Advocate”, “Attorney-at-Law”;

The bottom line of his argument that most of the prefixes or pre-nominal letters or words are substantially names of individuals in specific professions which may be used as professional or academic titles, as distinct from “Mr.”, “Mrs.”, “Ms.” and “Chief” which are social titles. A doctor is a doctor, a barrister is a barrister, a justice is a justice, an engineer is an engineer and a lieutenant is a lieutenant. They are all persons stricto sensu , and not titles.

On the other hand, Sylvester Udemezue, a seasoned Law lecturer at the Nigerian Law School, Lagos Campus has his argument summarized as;

In view of the above expositions by the two nigerian season lawyers, this writer tends to tilt away from the former opinion (Ramos S. Bolaji), agree with the latter’s opinion (Sylvester Odumezue) but on a distinct ground.

In Nigeria today, the general body of law regulating professional practice is the Rules of Professional Conduct (RPC) 2007 made pursuant to the Legal Practitioners Act (LPA) LFN 2004 from which the Legal Practitioners Disciplinary Committee(LPDC) derives its powers sits as a tribunal or a civil court to determine cases of professional misconduct against lawyers in Nigeria. Its decision is appealable to a higher court pursuant to section 12 (7) of the LPA. Decisions or directions of the LPDC are binding on all legal practitioners in Nigeria unless set aside on appeal (see s. 12 (8) LPA).

It’s hereby argued that assuming but not conceding that the use of “Barrister” as pre-nominal title was legal, right and void of any professional impropriety, the case of NBA V OFOMATA (supra) has made nullified it, void and illegal to be used as prefix before the name of any legal practitioner in Nigeria which all legal practitioners must observe else, they run foul of Rules 1, 30 and 31 of the RPC which state as follows;

Also, with due respect and regard to the seasoned lawyer,  the said Rule 40 of RPC being his main legal authority for allowing the use of “Barrister” in his opinion was erroneously interpretated. For easy interpretation, the cited Rule is hereby reproduced;

ALSO READ   Tips for Law Students on How to Moot

(a) his name and address;

(b) his academic and professional qualifications and title including the words “Barrister-at-Law”, “Barrister and Solicitor”, Solicitor and Advocate”, “Attorney-at-Law”;

In  Sussex Peerage’s case 8 E.R 1034 at 1057, it was held that if the words of a statute are in themselves precise and unambiguous, then no more can be necessary than to expound those words in their natural and ordinary use. The words themselves alone do, in such case declare the intention of the law givers. Therefore, more meaning should not be read to the first paragraph of Rule 40, RPC as there is no where the Rule state that it should be used as title. An inference to it simply shows professional and academic qualifications, and nothing more .

In addendum, the Act in order to remove all forms of ambiguities highlighted the exact words to be inserted under the adjourning subsections, hence the word “Barrister” was not independently used but “Barrister-at-Law”.   It’s therefore submitted that “Barrister-at-Law” is an academic qualification just as we have “Bachelor of Science” “Bachelor of Law” amongst others.

Qudus Adebola, Alalafia is a student of the Nigerian Law School, Abuja campus.