Home Opinions The Validity or Otherwise of the Renunciation of Citizenship by Birth Under... 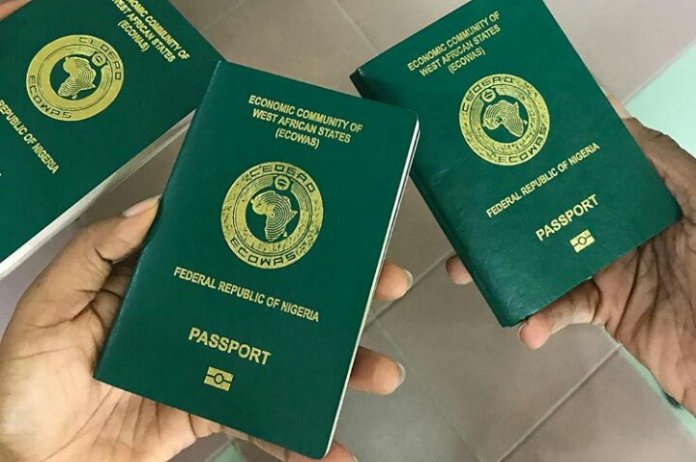 It has been the practice of Countries, other than Nigeria, such as Germany to ask Nigerians to renounce their Citizenship, get a letter of renunciation from the Nigerian embassy as a proof of such renunciation before they could validly be granted citizenship of their country. Similarly, the influx of Nigerians to other countries in search of greener pastures outside Nigeria whereby they joyfully relinquish their citizenship even when not asked to do so, is the basis for this piece.

The constitution is the alter ego dealing with citizenship matters in Nigeria. And pursuant to section 25 of the Constitution of the Federal Republic of Nigeria, 1999 hereinafter referred to as CFRN provides for citizenship by birth. Meanwhile, the constitution has also provided for Renunciation of Citizenship under section 29 of the CFRN.

it state as follows;  “Any citizen of Nigeria of full age who wishes to renounce his Nigerian citizenship shall make a declaration in the prescribed manner for the renunciation.”

From the foregoing, it can reasonably be said that renunciation is a voluntary act of relinquishing one’s citizenship or nationality for another. Hitherto, the common law obliterated the right to renounce one’s obligations to his country which continued till late 19th century when the United State passed into Law the Expatriation Act, 1868 and later the Bancroft Treaties which recognised the Right to renounce one’s citizenship.

However, Articles 13(2) and 15(2) of the Universal Declaration of Human Rights recognizes rights to leave any country, including one’s own country and the right to change Nationality. Thus, the raison detér for the passage of these laws was to counter the countries claim that the U.S citizens born in their country owed them allegiance perpetually. The position as espoused in the celebrated case of Beys Afroyim V Dean Rusk, Secretary of State made it to be the beginning of an explicit rejection of feudal common law principle of perpetual allegiance across the the globe.

In the case of Nigeria, it’s said that the Constitution of the Federal Republic of Nigeria gives credence to Citizenship by Birth pursuance to sections 28(1) and 30(2) CFRN in dealing with forfeiture due to the act of acquiring or retains the citizenship or nationality of a country other than Nigeria, of which he is not a citizen by birth; deprivation of citizenship other than citizenship by birth whereby citizenship is involuntarily taken away by the government from an individual whose act and conduct has been confirmed to be inconsistent with the provisions of the constitution.

Without prejudice to the aforesaid, the interpretation of the phrase, “Any citizen of Nigeria of full age……” under the provision of section 29 of the CFRN may mean any citizen of Nigeria who has acquired citizenship of Nigeria by any means identified under chapter (v) of the constitution (Birth, Registration, Naturalization, Dual Citizenship). In one aspect, it may mean that there is no clog created by law on renunciation of citizenship either it’s acquired by birth or not.

However, as much as the grammatical and ordinary sense of the words is to be adhered to, and unless that would lead to absurdity, or some repugnance or inconsistency with the interest of the legislation,  in which case the grammatical and ordinary sense of the words used may be modified so as to avoid the absurdity and inconsistency, but no more. See the case of Grey v Pearson, Awolowo v Minister of Internal Affairs. The court is always at the edge of modifying the language to discover the actual intent of the legislature.

ALSO READ   A Rejoinder to Dr. Omotubora’s Article on IPPIS Blackfoot Enrollment of ASUU Members on the Breach of NDPR - Olumide Babalola

It’s therefore submitted that the strict interpretation of the provision of section 29(1) CFRN which relates to renunciation to mean any means of acquiring citizenship identified under chapter (v) of the constitution, particularly, section 25 that bothers on citizenship by birth may occasioned absurdity whereby all Nigerians and indigenous citizens may start renouncing their respective citizenship for another country under the guise of searching for a greener pasture.

This is an act inconsistent with patriotism and of course, may said to be against public policy as no country will ever make a law that empowers all citizens to elope from it to another country for reasons best known to them.  Little wonder the same section 29 under subsection (3)(b)  of the constitution empowers the President to withhold the registration of any declaration and renunciation if in his opinion, it’s otherwise contrary to public policy.

In conclusion, while it is said that the President reserves the power to withhold the registration of any declaration and renunciation of citizenship during the war in which Nigeria is directly or physically involved and where it is in his opinion that such declaration will be contrary to public policy, it is hereby advised that an amendment should be made to the provision of section 29(1) CFRN to make an express prohibition on citizens of Nigeria by birth from renouncing their country for another even if the continued Dual Citizenship under section 28 of the constitution remains an exception to this opinion.

Thus, while Nigerians should be allowed to enjoy the benefit of Dual Citizenship, they should be prohibited from renouncing Nigeria totally as a country.

ALSO READ   When the Law Is the Law

The Jurisdiction Of Tax Cases In Nigeria: Historical Assessment, The Question...