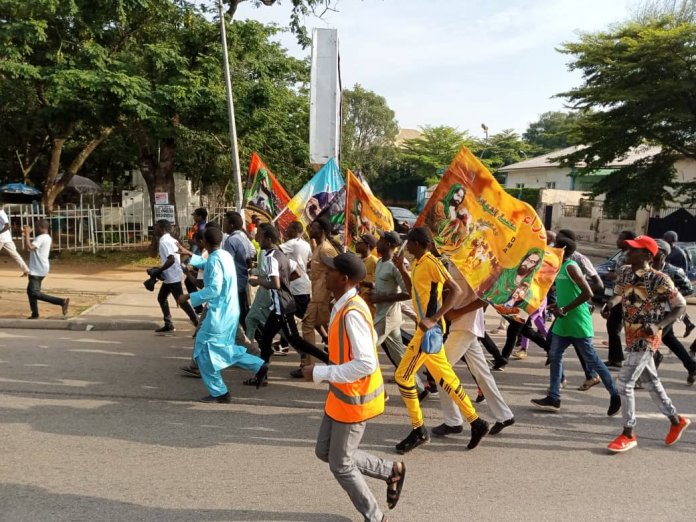 There was pandemonium in Bakin Ruwa area of the Nnamdi Azikwe expressway, bypass of Kaduna State capital on Tuesday, as Police and members of the Sheikh Ibraheem El-Zakzaky led Islamic Movement in Nigeria (IMN) clashed.

The IMN group of the Shi’ite Islamic sect were gathering to proceed on Ashura Day procession when the incident happened in the early hours of Tuesday.

The Nation gathered that Shi’ites had planned to come out as early as 6:00 am to beat the security agents to the plan to stop them from the procession.

However, the police who relied on intelligence report quickly moved to the scene and dispersed the gathering of IMN members.

The Shi’ites, however, claimed that three of their members were killed in the process.

One of the IMN leaders, Alliyu Umar who spoke to The Nation said, the police attacked them while observing their religious right of Ashura mourning.

According to him, “What happened to us this morning was not a clash. It was an attack on armless members of IMN. We were observing an event in Islamic calendar which is called Ashura mourning as a procession.

“We were on our way to observe this procession. We were doing it peacefully as we were doing it before when Policemen attacked us, shooting live bullets at us where they killed three people and wounded so many others. I’m yet to confirm the number of those that are wounded.” Umar said.

The Command’s Public Relations Officer, DSP Yakubu Sabo stated categorically that, the protesters were dispersed professionally, and that no one was killed.