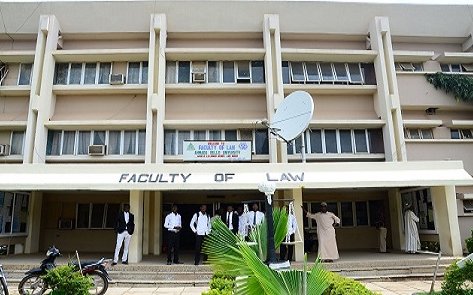 Three final year law students of Ahmadu Bello University (ABU)Zaria, who are set to graduate next month have been reportedly kidnapped along Abuja – Kaduna Expressway

The President of the Law Student Association of Nigeria (LAWSAN) Mr. Atiku Muhammad Jafar who confirmed the incident, said that the law students; Umar Sagir, Fatima Jalingo and Maryam Bello were kidnapped yesterday at about 8:00 pm while returning to Zaria from an official assignment.

He said that the law students were kidnapped alongside four other passengers in the commercial bus they were travelling with.

The kidnappers we understand have also made contact with the families of the kidnapped and have demanded huge amount of money for their release.

A very distraught Jafar lamented the spate of insecurity in Nigeria especially among students. He holds Nigerian Government at all levels responsible for the kidnap of his colleagues and appealed to security operatives to move to ensure the safe return of the law students.