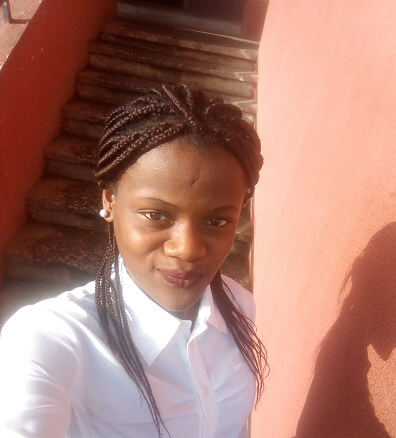 The Nigerian business arena is a place of shrewd competition as manufacturers have not ceased to produce goods similar to already existing ones, for same purposes and maybe with slight modifications as to its utility.

The above instances exhibit to a good extent, decent and reasonable competition as the similar products have clear distinguishing factors. However, other instances abound where products similar to already existing ones are produced, with little or less distinguishing factor(s). The most popular of instances in this category, are the Nigerian products popularly referred to as Chinko, a Nigerian slang depicting fake.

There is this phone in the Nigerian market today called ‘Nokia 3310’ by ‘Viny’, but it is insightful to note that this Nokia 3310 is not the globally recognized and original Nokia 3310, but an imitation of it. In Nigerian parlance, it is a Chinko of the real Nokia 3310.

Notably too, this fake model of Nokia phone in the market, is way cheaper than the real one, has substandard features compared to it and is not even as strong as the real Nokia. That is the unfortunate thing about this Chinko products in Nigeria. There also exists, the Chinko version of Tecno phones, beverage products like Milo, amongst others.

The harm done to the business of the real manufacturers by the existence of Chinko products in the market, cannot be over emphasized. Customers especially Nigerians, due to the high level of poverty and ignorance in the country, tend to patronize traders of these Chinko products for reasons of affordability, enticing appearance amongst others, thereby occasioning great loss to the business of the legitimate manufacturers.

Remarkably and in a curing manner, provisions of the Nigerian Trade Marks Act[1], exist to cure this looming mishap. A trademark is simply any symbol, sign, mark, design, phrase etc used to identify and differentiate a product from its counterparts. It can be in form of a letter of the alphabet, a work suggesting some characteristics of products, product function, a name, initial, numerals, a symbol, design or any combination of these.[2] The name of the manufacturer’s brand is adopted as a trade name.[3]

A registered trademark is also known as ‘certification trademark’.[4]

Registering a trademark statutorily entitles its proprietor to an exclusive right of usage[5] and a right of action against any infringer of this right. Put differently, where a person has registered a trademark under the law, any other person who purports to use same trademark, will be liable for infringement[6] at the instance of the holder or proprietor of the registered trademark. This position was aptly upheld by the Supreme Court in FERODO LTD. V. IBETO INDUSTRIES. LTD[7], ALLIANCE INTERNATIONAL LIMITED V. SAAM KOLO INTERNATIONAL ENTERPRISES LIMITED.[8]

A trademark can also be regarded as infringed where a person who is not its proprietor or registered user, uses it or a trademark so closely resembling it, as to deceive members of the public in relation to particular goods by medium of advertisement.[9]

Application for registration of trademark is made by authorized agents, usually legal practitioners, on behalf of the owners of the mark in question. Notwithstanding the fact that, it is highly advisable to register one’s trademark so as to enjoy adequate legal protection, it is also trite to note that unregistered trademarks are protectable under the preserved common law tort of ‘Passing-off’[10] under which, where a mark so closely resembling the original one, is used in a person’s product  in such a way as to deceive members of the public into believing that it is the original, it is actionable at the instance of the original owner of the mark.

In the celebrated case of NIGER CHEMIST V NIGERIAN CHEMIST[11] , the plaintiff carried on business as a chemist and had branches in Onitsha and in other Eastern States, the defendant opened business as a chemist under the name of ‘Nigerian Chemist’ and had their office on same street as the plaintiff’s in Onitsha. This necessitated the plaintiff’s action for passing off of its business by the defendant on ground that the latter’s use of ‘Nigerian Chemist’ was calculated to deceive members of the public into believing that there existed a relationship between ‘Niger Chemist’ and ‘Nigerian Chemist’. The action was resolved in the plaintiff’s favour and adequate compensation granted. In TREBOR NIGERIA LTD V ASSOCIATED INDUSTRIES LTD[12], the Court stated the fundamental rule that no man has the right to put off his goods for sale as that of a rival trader.

Conclusively, the next time you have a special mark, sign, logo, design or name for the goods you sell or services you provide, do well to contact a lawyer to help you with trademark registration and in the event where you come across a person using same mark, sign, logo, design or name as yours especially in a similar business, it is a good ground to contact your lawyer for legal advice and assistance on steps to take next.

Ndubueze, Ebere L. is a law graduate of University of Calabar, Nigeria and a prospective student of the Nigerian Law School. She has a penchant for legal research and writing with particular interest in Environmental Law, Intellectual Property Law, Information Technology Law and Alternative Dispute Resolution. She can be reached via ndubuezeeberelene@gmail.com 08169008219.