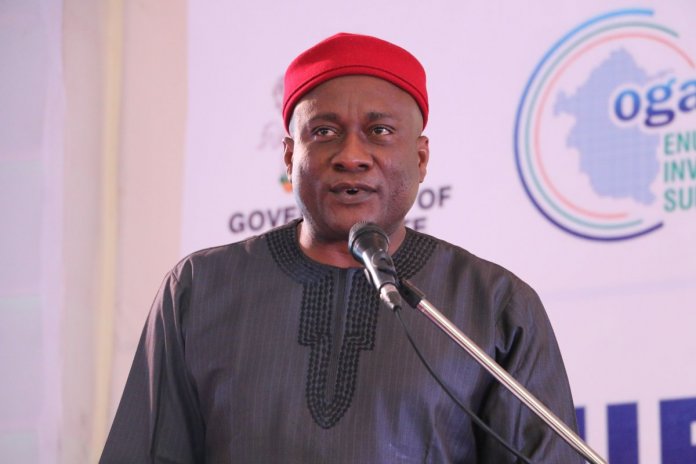 A warrant of arrest has been issued against Allen Onyema of Air Peace Limited for alleged money laundering and bank fraud in the United States, court documents seen by PREMIUM TIMES showed.

The warrant was signed by Justin Anand, an American magistrate of the United States District Court of the Northern District of Georgia, on November 19. The warrant authorised U.S. Marshals Service to take Mr Onyema into custody.

PREMIUM TIMES could not immediately confirm Mr Onyema’s location as of Saturday morning, but he was seen at Transcorp Hilton in Abuja on Thursday.

The U.S. and Nigeria have a mutual legal assistance policy that allows both countries to extradite suspects facing criminal charges. Several Nigerians have been sent to the U.S. to stand trial for alleged fraud.

In August, Temitayo Fatunmbi was sentenced to four years’ imprisonment after being found guilty of $8.3 million fraud. His conviction in the U.S. followed his extradition from Nigeria.

The Economic and Financial Crimes Commission (EFCC) regularly arrests suspects wanted by U.S. Federal Bureau of Investigation for fraud or other criminal allegations.

It was unclear whether the U.S. authorities have sought an extradition of Mr Onyema as part of efforts to execute warrant of arrest issued against him.

Mr Onyema was indicted on Friday for allegedly laundering suspicious funds in excess of $20 million dollars in the U.S. Ejiroghene Eghagha, Air Peace’s head of finance and administration, was also indicted and an arrest warrant issued equally against him.

The two Nigerian business executives were accused of conniving to commit money laundering and bank fraud for several years. The U.S. Department of Justice made the allegations public on Friday, but did not mention that an arrest warrant had been issued for Messrs Onyema and Eghagha.

About $14 million traced to his bank accounts in the U.S. and Canada have been frozen as federal authorities pursue a final forfeiture order.

The seizure came after extensive investigation of how Mr Onyema allegedly conducted the fraud between 2010 and 2018.

Mr Onyema’s case comes as U.S. authorities are recording back-to-back successes in their clampdown on Nigerians suspected of fraudulent activities there.

The arrest of Invictus Obi for Internet fraud made headlines in early August. Mr Obi has been held in American jail until February 2020 when his trial would commence.

In the same month, nearly 80 Nigerians were indicted by a federal grand jury for alleged involvement in multiple layers of fraud ranging from romance scam to business email compromise.

Mr Onyema did not return multiple telephone calls and text messages seeking comments about the warrant. Mrs Eghagha was unavailable for comments.

But a statement by their attorney dismissed the charges as “strange” and “unfounded.”

The statement said both Messrs Onyema and Eghagha have built a reputation of honesty and integrity and will look forward to fighting the charges against them in court.