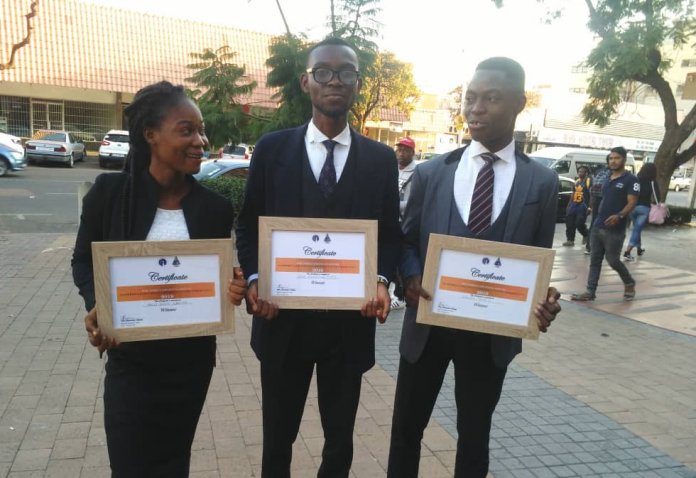 Students of the Faculty of Law University of Calabar emerged winners of the 8th African Regional Round of the Manfred Lachs International Space Law Moot Court Competition. The two day competition which held in Pretoria, South Africa on the 9th and 10th May, 2019 drew law students from all over Africa.

Representing the International Law Students Association (ILSA) University of Calabar, the trio of Ebruka Nelly-Helen Neji, Kaunda John C and Ushie, Augustine Eneji competed with Makerere University, Uganda and The University of Pretoria, South Africa, to advance to the finals where they took on another Nigerian University, the Niger Delta University, Nigeria to emerge the overall first in Africa. It is the first time the University would enter for the competition.

Speaking with one of the winners, Nelly-Helen, she attributed their resounding success to in her words, “hard work, Incurable optimism, tenacity and God’s grace.”

Each year the European Centre for Space Law (ECSL) organizes, together with the International Institute of Space Law (IISL), the Manfred Lachs Space Law Moot Court Competition (MLMC). The regional winners from Europe, Asia-Pacific, Africa and North America then compete in the World Finals which are held in conjunction with the annual International Astronautical Congress. The World final of the Manfred Lachs Moot Court Competition has the distinction of being judged by three sitting judges of the International Court of Justice.

The participants are expected to learn the rudiments of space technology and the principles governing space related activities and then apply their knowledge during the competition.

Those Who Laid Siege on Justice Odili’s Residence will be Brought...