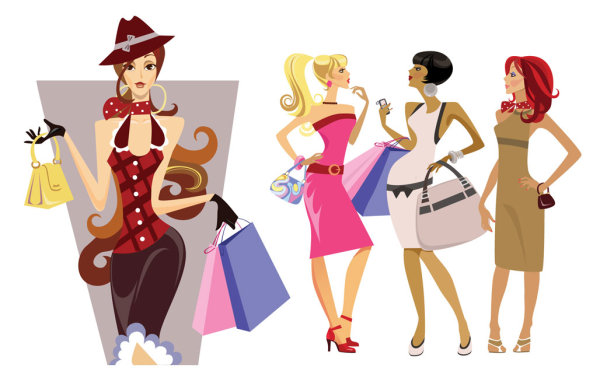 The term Modeling is not novel or alien to everyone because it has grown to become a household name.  A model is a person with a role either to promote, display or advertise commercial products (notably fashion clothing in fashion shows) or to serve as a visual aid for people who are creating works of art or to pose for photography.

Contract generally speaking has been defined by the Supreme Court to mean a legally binding agreement between two or more persons by which rights are acquired by the party in return for acts or forbearance on the part of the other. See the case of BEST (NIG) LTD V B. H (NIG) LTD (2011)5 NWLR PT 1239 P. 95@127. Modeling contract is an agreement whereby a, model agrees to provide services for a business or agency. Here the model is hired as an independent contractor by the agency and not an employee of the agency. Through this contract a model engages agency to direct, develop, and advance model’s career as a model. Modeling contract usually includes a covenants that model is not during the pendency of the contract bound by any other contract for similar services, and that the Model will not enter into such a contract with any other agency during the term created by the agreement.

In terms of requirements of a valid Modeling contract, there must be an offer, an unqualified acceptance of that offer and a legal consideration for a contract to exist. Indeed, there must be mutuality of purpose and intention between the two contracting parties. See also the case of P.T.F. v. W.P.C. Ltd. (2007) 14 NWLR (Pt. 1055) 478 at 502.

In modeling contract, advertisement of sale of forms and invitation of models by modeling agencies to participate in a modeling contest is not an offer that will lead to a contract.  It is merely an invitation to treat. An invitation to treat is not an offer that can be accepted to lead to an agreement or contract and therefore cannot form the basis of any cause of action–BPS CONSTRUCTION & ENGINEERING CO. LTD v. FCDA (2017) LPELR-SC.293/2011. The essence of an invitation to treat is that by it, the supposed offeror is merely initiating a negotiation from which an agreement might or might not in time result. The negotiation crystallizes into an offer properly when one of the parties who thus become the offeror finally assumes a definite and unshifting position of preparedness to be bound if the other party accepts.

In modeling, an offer is made when the model approaches the Modeling agency to purchase the form for the contest or indicate interest to participate in the modeling role they advertised for.  This offer from the models must be unequivocal, precise and in tandem with the advertisement made. The offer can be communicated orally or in writing. For an offer to be valid it must be precise and unequivocal, giving no room for, speculation or conjuncture as to its real contents in the mind of the offeree.  The offer may be verbal, written or even implied from the conduct of the offeror. The offeree has the option of acceptance or outright rejection of the offer. RABILU v. USMAN (2016) LPELR-CA/K/268/2009.

An offer is the commencement of a contract. Where there is no valid offer, no other ingredient of a contract can be built on it. In the case of OGUNNIYI v. HON. MINISTER OF FCT & ANOR (2014) LPELR-CA/A/320/2009 the Court of Appeal held “…when an offer is made, it must be accepted first before a contractual agreement can come into being -An acceptance must be without equivocation, qualification or addition to the terms of the offer.  Acceptance of an offer must be communicated either by the offeree himself or by his duly authorized agent. In the case of THE FEDERAL GOVERNMENT OF NIGERIA & ORS. V. ZEBRA ENERGY LTD (2002) LPELR-SC.268/2001, the Supreme Court held: “Acceptance of an offer may be demonstrated by the conduct of the parties as well as by their words or by documents that have passed between them.”

A modeling agency or a model can reject an offer and once this is done,  it puts an end to an offer and makes it incapable of acceptance. It can be by a direct intentional refusal or by a counter offer.  Also, if an offer is stated to be open for a fixed time for the models or modeling agency,  it clearly cannot be accepted after that time has expired. Then, if no time is stated in the offer, then the offer lapses after a reasonable time.

ALSO READ   Why I am studying to Become a Lawyer – Ajayi Funbi Paul. #LSFBC

Contractual capacity of parties in modeling contract is essential; absence of contractual capacity makes the contract not to have any validity in law.  Apart from defects strictly speaking,  a modeling contract may not be enforceable against certain categories of people who enjoy special status in contractual transactions.  This privilege is intended as protection for people who because of their circumstances, can easily be exploited or defrauded in the making of contracts.  This protected group includes infants, persons of unsound mind or lunatics, drunken persons and illiterates.

It is pertinent to note that in modeling contracts, there must be an intention to create legal relations.  The only form of agreement which gives rise to contractual obligation is one which is made in such a way or in circumstances which justify a conclusion that a commitment has been made. Even where valuable consideration is present, an agreement will not become a binding contract unless it is intended by the parties to it that it would give rise to legal relations.  An intention to create legal relations in modeling can be expressly stated or implied.  Where it is not expressly stated, the test to discover whether it exists is that of a reasonable man.

ALSO READ   IP as a Critical Incentive for SDGs in Africa

There are several types of models which include but not limited to Runway models who showcase clothes from fashion designers, fashion media, and consumers. They are also called “live models” and are self-employed. Fitness modeling focuses on displaying a healthy, toned physique. Fitness models usually have defined muscle groups. Plus-size models are models who generally have larger measurements than editorial fashion models. The primary use of plus-size models is to appear in advertising and runway shows for plus-size labels. Also there is Fashion modeling.

How Long a modeling contracts last depends on the type of contract, but usually, it’s anywhere from one to five years. It is also important to note that modeling contracts do not magically end on their expiry date. Usually, they automatically renew unless the model provide the agency with the proper termination notice usually 30 – 60 days written notice.

A modeling agency is a company that represents fashion models, to work for the fashion industry. These agencies earn their income via commission, usually from the deal they make with the model and/or the head agency.

Modeling contracts are what bind an individual person in the modeling industry to a client or company and this comes with the usual terms and conditions necessary to remain under the contractual agreement.  There are different types of contracts and obligations based on these agreements between parties.  There are four types of modeling contracts that a person may sign with:

A mother agency (or mother agent) is the one you first begin working with. They’re the agency that helps you learn the industry and build your portfolio, and that gives you the guidance you need to succeed as a model. Mother agencies are often smaller, local modeling agencies. This happens to be the most popular of all modeling contract because it is mainly for novice and amateur models.

A nonexclusive contract gives models the power to sign with as many agencies as they want and possibly find their own non-agency side jobs. This is more common for commercial models than the high fashion or editorial models. You might not get as many opportunities or as much guidance with an nonexclusive agency as you would with an exclusive one, but this type of contract does offer models a lot of freedom. If the modeling agency finds you work then they get paid a commission. And if you find work on your own, you owe them nothing.

When you sign an exclusive contract with a modeling agency, you can only be represented by that agency for the duration of the contract. Sometimes there are exceptions—the term “exclusive” may be limited by time, geography, or type of modeling—but if you’re working with a top agency like Ford or Wilhelmina Models, then it means you can’t sign with anyone else without their permission.

This type of contract gives a lot of power to the modeling agency, so if you’re considering signing an exclusive contract it’s even more important to make sure you’re working with a reputable modeling agency that has your best interests at heart.

This type of contract is only good for a single booking. As soon as the project is complete, the contract ends.

Remedies for Breach of  Modelling Contract