Yahaya Olarewaju and Titilayo Osagie  have respectively emerged winners of the male and female categories of the 2019  Lawyers Table Tennis Open(MFON USORO) Cup.

In the male category, Olarewaju defeated Ajila Oladapo  from Shaki,Oyo state to successfully defend his 2018 title by winning the 2019 in a hotly contested finals.

Mr Olarewaju who flew in from Lokoja to participate in the competition,won the competition for the first time in 2018 taking the reign away from Lagos based lawyers who have dominated the event since it began in 2009.
He got a trophy and a prize money.

It is worthy of note that the female category has the highest prize money and is supported by Mrs Efe Etomi.

Cash prizes were given by Mrs Usoro to all female Lawyers who participated in the tournament.

The President of the Nigerian Bar Association, Mr. Paul Usoro SAN, Kayode Enitan SAN, Mrs Mfon Usoro (the title sponsor) and Mrs Efe Etomi were present at the finals with other lawyers who came in from different parts of the country to witness the final competition. 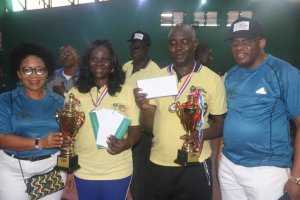 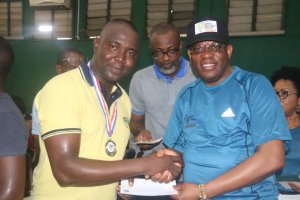 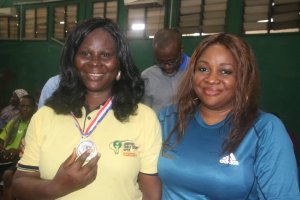 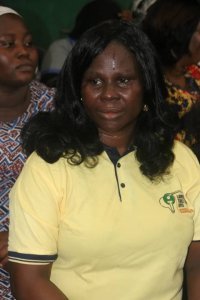