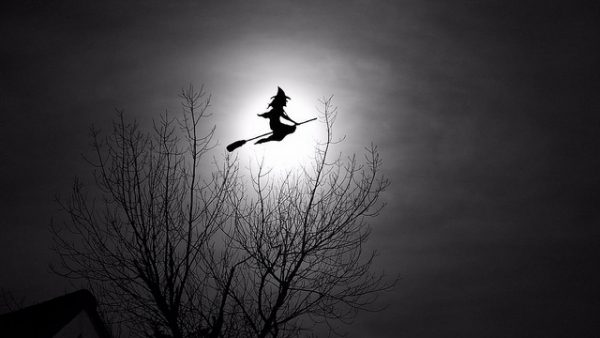 The existence of Traditional African Culture can not be discussed at any point in time without a mention of witches and sorcerers. The African belief in powers and abilities of supernatural nature can be traced from the pre- colonial period. With the introduction of the Western Religion to Africa, African communities had with them traditional beliefs on how they would attend to their affairs through the people they considered endowed with the power to do, or cause things to be done.

These practices still exist in the present-day world where a remarkable population in Africa and in the world over still have a strong belief in the existence of supernatural power in the nature of witchcraft and sorcery. Witchdoctors, sorcerers and even traditional ‘’miracle- workers’ are still believed to exist and powerful; the belief being quite common in both Nigeria and Kenya. The belief in the existence thereof has obviously caused these states to put regulative and prohibitive measures to safeguard the public. By way of criminal laws, both countries have enacted regulative statues for this practice.

Whereas, it appears that the line between traditional healers and witchdoctors is not very clear, In Kenya, the Penal Code does not directly prohibit the practice; but at Section 319, there is created the offence of fortune telling, where a person who undertakes or pretends that from a special skill or knowledge in any occult science to tell fortunes or pretends to discover the whereabouts of stolen items commits a misdemeanor. The practice is quite common in Kenya, with banners and posters of witchdoctors who would aid you in finding your lost items.

Further, the Witchcraft Act, Cap 67 was enacted by the Kenyan Legislature in 1924 to consolidate the law relating to witchcraft. The two- paged legislation makes it an offence to pretend to exercise witchcraft or possess any kind of supernatural power, witchcraft, sorcery or enchantment calculated to cause fear, annoyance or injury. Further, witchdoctors who give their ‘clients’ advice or charms to bewitch or injure others would face 10 years’ imprisonment. The possession of charms which are used to cause fear, annoyance or injury to others or their property is an offence and such persons are liable to a 1 year- imprisonment term or a fine of 10 dollars, with the said charm forfeited, and provided the person fails to show a reasonable cause why they should retain the charm.

It is also an offence to accuse or threaten to accuse someone of practicing witchcraft, which offence attracts a 5 year’s imprisonment or a 5-dollar fine. This is not to say that a person may not make an accusation to the authorities; with Chiefs and local administrators who permit, promote, encourage or facilitate the practice of witchcraft and sorcery being liable to a 3 years’ imprisonment. Just as fortune telling is an offence, any person who employs a witchdoctor to name a perpetrator in an offence also commits an offence. The Witchcraft legislation further permits the Administrative authorities to confine a Witchdoctor to reside in a specified place to prevent the practice.

In sum, the Kenyan legislation appears to completely abhor the practice of witchcraft and sorcery under the premise that such practices are intended to cause annoyance, injury or fear to people or property, or purports to deceive people. Constitution of Kenya is quite accommodative to all forms of cultural expression and indigenous technology and safeguarding the right to participate in the cultural life of a person’s choice. It further guarantees protection to the youth and children from harmful cultural practices.

Witchcraft has also found its way to the judicial corridors with witchcraft and sorcery being pleaded in not only criminal cases, but also in the Family disputes’ and Election disputes’ courts. In the case of Joseph Maloba Elima V Charles Ohare & Another [1994] eKLR, a 3- judge bench held that the Respondent had used witchcraft to successfully manipulate the voters in his favour, and thereby nullified his election as a Member of Parliament. In Katana Kaka alias Benson & 2 others v Republic [2017] eKLR the appellants who had been sentenced by a High Court to suffer death for the murder of 2 people they had suspected to be witches, Court of appeal upheld their conviction and declined to adopt their reasoning.

Swinging the pendulum to the West of Africa, precisely, Nigeria, by the provision of Section 210 of the Criminal Code, Cap C38 of the Laws of the federal Republic of Nigeria states that any person who –

(a)   By his statements or actions represents himself to be a witch or to have the power of witchcraft; or

(b)   Accuses or threatens to accuse any person with being a witch or with having the power of witchcraft; or

(c)    Makes or sells or uses, or assists or takes part in making or selling or using, or has in his possession or represents himself to be in possession of any juju, drug or charm

Will be guilty of a misdemeanor, and is liable to imprisonment for two years.

And Section 213 states that any person who – makes, sells or keeps for sale or for hire or reward, any fetish or charm which is pretended or reputed to possess power to protect burglars, robbers, thieves or other malefactors, or to aid or assist in any way in the perpetration of any burglary, housebreaking, robbery or theft, or in the perpetuation of any offence whatsoever, or to prevent, hinder or delay the detection of or conviction for any offence whatsoever Is guilty of a felony, and is liable on imprisonment for five years.

In R. v. Nwaoke (1965) M.L.R. 46. , the court held that according to the proved facts,the accused did threaten the deceased and, as far as the lower court was concerned, his action (placing the juju in deceased’s compound) caused deceased’s death.

Unlike Kenya, Nigeria has no unified legislation on witchcraft, but by virtue of some provisions of the Criminal Code Act, the practice of the craft is regulated to an extent

It is however important to note that belief in witchcraft is not a thing unknown even among the so-called “educated” or ”advanced” communities. Among Westernized Africans there is abundant evidence to suggest that mere acquisition of pieces of paper (like degree certificates) does not in itself release an average African from such beliefs. For instance, the incident at a school in Malindi (Kenya) where three qualified teachers fled from their school in mortal fear, claiming that they were victims of witchcraft applied against them in different forms. Later, the rest of the staff gave the Government of Kenya an ultimatum that they would quit their jobs unless effective protection was given. Such protection they believed could be got by the government hiring Kajiwe, the coastal provincial witch doctor, to either clear the Malindi area of petty witch doctors or immunize them against future attacks.

This article is intended to sanitize Africans and the rest of the world to know that establishing laws bordering on this issue should not be seen as bizarre, we should develop our legal systems to accommodate such as they are particular to our societies.

The writers are Brian Onyango and Adedoyin Fadare, editors of The Palm Chaos as Lawyer Appears in Court in Traditional Dress