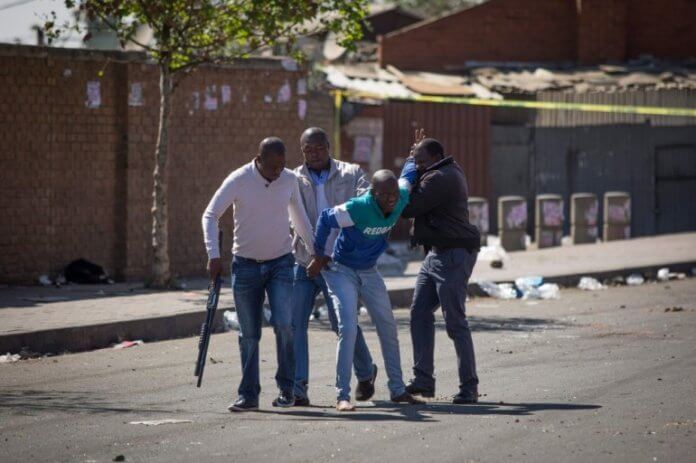 “We are a country that is completely committed against xenophobia,” President Cyril Ramaphosa said in a video statement published on Twitter Tuesday. “We do not allow and cannot tolerate attacks on people from other African countries.”

Police fanned out across neighborhoods in Johannesburg and Pretoria as the violence extended into a third day in South Africa.

Police have arrested more than 90 people in five areas impacted by the violence. Many gutted, emptied shops remained closed as shop owners, many of them foreign, feared to return to their property.

“There is no justification whatsoever for people who have a sense that their jobs are being taken by people from foreign lands to attack them, to destroy properties, and actually to kill them,” said Ramaphosa. “This must be stopped.”

The Ethiopian Embassy in South Africa advised citizens to close their shops “until peace is restored”, according to Ethiopian media, and Zambia’s Ministry of Transport and Communications warned Zambian truck drivers not to travel in to the country.

Nigerian President Muhammadu Buhari said he has dispatched a Special Envoy to South Africa to convey his concerns to President Ramaphosa.

Buhari’s office said he had has also instructed the Minister of Foreign Affairs, Geoffrey Onyeama, to summon the South African High Commissioner to Nigeria and get a brief on the situation; express Nigeria’s displeasure over the treatment of its citizens and to get assurances of the safety of their lives and property.

Onyeama called the violence “sickening” on Twitter on Monday.