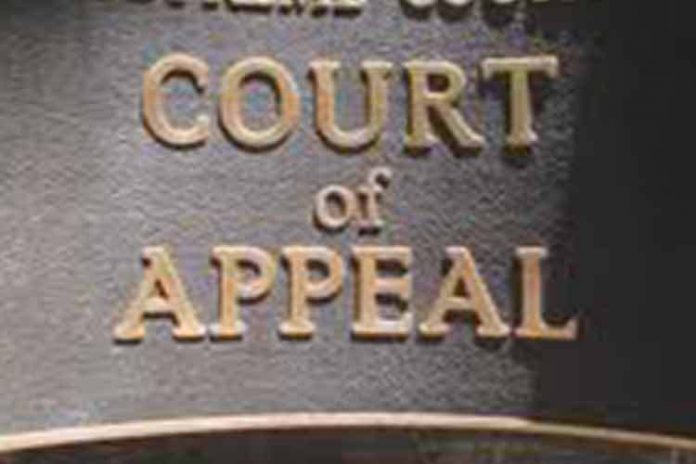 The Court of Appeal Sokoto Division on Friday struck out a motion seeking a stay of the judgment delivered by the Zamfara High Court, allowing the All Progressives Congress (APC) to field candidates in the 2019 Election.

The motion was filed by the Appellant, Sen. Kabiru Marafa, Chairman of the Senate Committee on Petroleum (Downstream) and 129 others through their Counsel, Mr Benson Igbanoi.

Belgore adjourned the case until March 13, for hearing.

A Zamfara High Court recognised the primary elections held by APC in the state and declared that INEC accepts the party candidates for the elections.

Unsatisfied with State High Court decision, the appellants, approached the appeal court challenging the decision on the ground that the State High Court lacked jurisdiction to entertain the suit among others.

A similar case was instituted before the same appeal court by Rep. Aminu Jaji, a Governorship aspirant and member representing Kauran Namoda/Birnin Magaji Federal Constituency and was dismissed after Jaji withdrew.