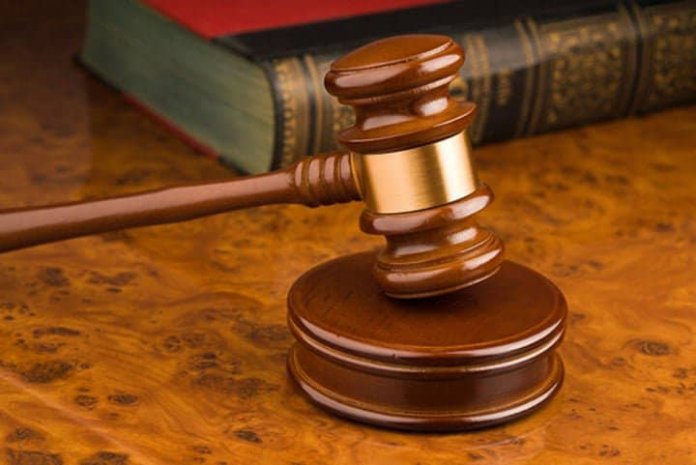 An Ado-Ekiti Customary Court on Thursday dissolved a 10-year-old marriage between Ibrahim Abdullahi and his wife, Toyin.

The News Agency of Nigeria, (NAN) reports that the parties had earlier given their evidences on March 17.

The marriage was dissolved on grounds of frequent fighting, night crawling and lack of respect for family.

Abdullahi, 35, a resident of Ado-Ekiti, prayed the court for separation because of his wife’s bad attitude.

He said there was a time when they had an argument and his wife took a knife to stab him, but he succeeded in collecting the knife from her.

He added that his wife later scattered the house and broke their plates, among other house materials.

Abdullahi told the court that his wife did not usually cook for him on time, saying she usually left the house at night and he did not know where she normally went to.

He explained that sometimes, his wife would leave the house at 8 p.m. and come back at 10 p.m or thereafter.

The father of four said that Toyin did not have time for the children and that anytime he came back home, he always met the children dirty and unkept.

He also said that his wife would send their first child to buy fuel from filling station and another to buy bread from bakery without considering their age, adding that the places were far.

“My wife prioritises her market over the family. She does not have regard for me at all. She is a slanderer, always telling people bad things about me,”the husband tells court.

He said their sexual relationship was poor as she did not allow him to have sex with her.

The petitioner therefore prayed the court to separate them and award the custody of the children, Praise (9) female, Emmanuel (7) male, Taiwo (2) male and Kehinde (2) female to him.

But the respondent, a resident of road 3, Zone 4, Irewumi , Bawa Estate in Ado-Ekiti, denied the allegations leveled against her.

Toyin, 34, said that she was always going to her sister’s place mainly because her husband was no longer giving her attention.

She said that she did not really know the mind of her husband, adding that he cared for his siblings and prefer them to her.

She said that instead of giving her money to pay their children’s school fees, he preferred giving the money to his brother’s wife to do so.

The woman said that it was the siblings of her husband that were causing fight between them.

The respondent, however did not support the dissolution.

The President of the Court, Mrs Olayinka Akomolede, observed that the marriage had broken down irretrievably and needed to be dissolved.

Akomolede awarded the custody of Praise and Emmanuel to the petitioner and ruled that Taiwo and Kehinde should be with the respondent for proper care.

The president also ordered that the petitioner should secure a self-contained apartment for the respondent to house the children and should pay a year’s rent.

She said that the petitioner should be responsible for the education of the children and be paying N8,000 monthly as feeding allowance of the children under the care of the respondent.

Access was granted to both parties to see their children without any trouble.