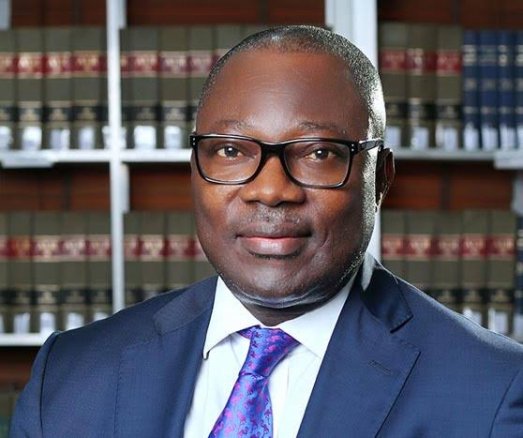 A Senior Advocate of Nigeria, Mr Tayo Oyetibo, said on Wednesday that current situations in the country are suggestive of the return of the Dark Ages of military dictatorship.

Oyetibo said this in a paper titled, “Is the judiciary under siege by the executive?” which he delivered at the 16th Annual Gani Fawehinmi Lecture.

The lecture, organised by the Ikeja branch of the Nigerian Bar Association, took place at the Airport Hotel, Ikeja, Lagos.

It was chaired by Justice Ugochukwu Ogakwu of the Court of Appeal and had in attendance Justice Adedayo Oyebanji of the Lagos State High Court, who represented the Chief Judge of Lagos State, Justice Kazeem Alogba.

In answering the question of whether the judiciary was under a siege by the executive, Oyetibo said, “When you see men who are otherwise referred to as secret agents, because of the undercover work that they do, appear, at night, in hoods in the homes of judges, in a Gestapo manner, breaking doors and locks to gain entry; when orders are made by the court granting bail to persons accused of commission of crime but the executive refuses to release the defendant for more than three years after the order was made; when the Chief Justice of a nation is removed from office by the executive upon an ex parte order made at the instance of the executive by a body that is and openly admits to being subject to the control of the executive; when a citizen who has been granted bail and was only released by the executive after having been given ultimatum by the court, is forcibly removed from the courtroom whilst the court was sitting under the guise of being rearrested by the body that had held him captive despite the order of bail; and when a judge gives a decision which the executive finds unpalatable and a week thereafter the judge is required by the executive to declare his assets for investigation; then it should not be difficult to know that the perilous times of attack on the judiciary is here with us.”

Oyetibo called on the NBA to stand up and defend the judiciary just as he urged the judges to live above board.

He said, “While judicial officers must exhibit high degree of competence and diligence, uncompromising sense of discipline, an unscathed level of probity, integrity, transparency and incorruptibility, the executive must never, in any circumstance, employ self-help in the guise of correction of the judiciary.”

In her remarks, Justice Oyebanji said the theme of the lecture was apt considering the current happenings in the country.

The judge said, “In many jurisdictions, the judiciary is considered to be synonymous with the rule of law, courage and integrity. Confidence is reposed in the judiciary to adjudicate cases expeditiously without fear or favour or ill will and this is made possible by lack of political interference, financial autonomy and independence of the judiciary. But what do we have in our own case?

“The Nigerian judiciary is oftentimes treated not as the third arm of government, which it is constitutionally, but as an appendage to the executive. This should stop.”

But appeal court Justice Ogakwu said he believed the judiciary was not under any siege but only experiencing challenges common to other sectors.

He expressed the belief that like it had done in the past, the judiciary would overcome whatever challenges it might be facing.

In his contribution, a human rights lawyer, Mr Inibehe Effiong, called on the NBA to discipline the Attorney General of the Federation, Mr Abubakar Malami (SAN), over Federal Government’s constant flouting of court orders.

ALSO READ   Judges to Declare Assets Before, After Judgment – NJC

Effiong said, “My question to the Bar is: We have an Attorney General today that has consistently and publicly, and I daresay without apologies, shamelessly so, telling Nigerians that court orders cannot be obeyed; when will the Nigerian Bar Association discipline Mr Abubakar Malami? Until there is consequence for members of the Bar in government that aid impunity, we will not be able to have the independence of the judiciary.”

Effiong  also expressed concern over the activities of the Code of Conduct Tribunal, calling on the NBA to take an action.

The lawyer said, “We have a situation where the Code of Conduct Tribunal has become a constitutional monstrosity; sitting in camera, churning out ex parte orders, removing people whose offices are statutorily guaranteed, whose tenures are constitutionally guaranteed. What is the consequence? We had an opportunity in the Onnoghen’s case, when there was an appeal to the Court of Appeal against the ex parte order; why was that appeal not determined within time? Some of these things are self-inflicted and we challenge our judges, with the greatest respect, to begin to take responsibility for some of these infractions.

A Senior Advocate of Nigeria, Mr Ebun-Olu Adegboruwa, called on lawyers to stand up in defence of the courts.”

He said, “Lawyers must speak for the courts. We are the ones who patronise the courts; if there is any decision of any court that is disobeyed by any government agency or officers, lawyers should insist that such government agency is not allowed to file any charge. If you fail to obey the orders of one court, you cannot go to another court and file charges. And we, practitioners, should stand by the judiciary because a time will come, and that time is here, when litigants will no longer be interested in settling  their disputes in the law courts; because the police stations have taken over the roles of lawyers and judges.”

How It All Started – Murdered UNIJOS Law Student’s Best Friend...

Justice Ayo Salami’s Committee a Step in the Right Direction –...