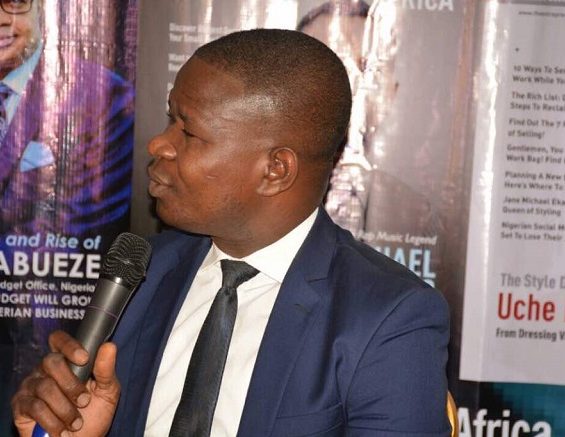 Dear Mr Ajulo, sir, I have just gone through some published commentary credited to you on the 2020 RPC Amendment brouhaha. I am concerned, not with the title of the publication, but with certain statements and insinuations you made therein, which, with due respect, amount, in my humble opinion, to you turning the provisions of extant law upsidedown. With due respect, sir, such statements and conclusions, coming from someone who himself should know better, is (to my mind) highly disappointing.

Are you saying that private and separate consultations with selected members of the General Council of the Bar (GCB) is now to be taken as having satisfied the mandatory requirements of the Legal Practitioners Act (LPA) regarding a MEETING duly convened, advance notice of which must have been extended to ALL members of the GCB?

Dear sir, it is true (as you stated) that Chief Akintola (SAN) said he was “consulted,” but you failed to mention that Mr AFAM OSUIGWE and MR. J.S. OKUTEPA SAN (also members of the GCB) had earlier said that they read about the 2020 RPC Amendment FOR THE FIRST TIME, on the pages of a newspaper. Are you aware that the GCB has 20 Representatives from the NBA, including Mr. Alegeh, SAN, Chief Ferdinand Orbih, SAN, etc. Do you know that the Attorneys-General (AG’s) of all the 36 States in Nigeria are members of the GCB? Have you forgot that for the provisions of the LPA to be fully complied with, in this instance, there must be a prior Notice (of any proposed GCB Meeting) sent to each of the members of the GCB, to CONVENE the meeting at which the proposed amendment would then be raised, discussed and approved. In my opinion, sir, anything short of that is a violation of the LPA (Legal Practitioners Act) and of due process, and of rule of law, with due respect. I repeat, SEPARATE, PRIVATE CONSULTATIONs with individual members of the GCB is not the same thing as “CONSULTATION with the GCB itself as a body.” Consultation with the GCB as a body can only be made at a meeting of the GCB properly convened and held with a quorum formed.

On the issue of quorum, you argued that the Quorum for any GCB meeting is 8 members, which I agree with. However, with due respect, you failed to mention that in the present instance, whether or not a quorum has been formed is COMPLETELY IRRELEVANT because the issue of formation of quorum can only arise after you have fixed a meeting and delivered prior Notice of the proposed Meeting to all GCB members who are entitled to ATTEND the meeting. It’s on the day of the meeting, at the venue of the meeting, at the time of the meeting, that one now begins to talk about whether a quorum has been formed or not. Once you have up to 8 members present, the meeting may proceed to take valid decisions. It’s only then it’d become immaterial that (1). other members didn’t come or (2) that there is any vacancy in any part of GCB membership.
If a meeting has NOT been validly convened, the issue of whether a quorum has been formed is irrelevant. To further illustrate this, let’s assume that the GCB has a total of 57 members and the law requires that a formal meeting must be held. Now, if you choose to put telephone calls across separately and privately to say 40 members, could you be said to have complied with the law? The answer is “no” because you’ve not called nor HELD any meeting as required by law. The fact you’ve spoken privately to majority of the members is beside the point. And even when you decide to comply with the law by calling a meeting of the GCB, you must send a prior Notice of the proposed meeting to EVERY MEMBER who is entitled to attend the meeting. Note that notice of the proposed meeting must state the purpose, the venue, time and the place of the meeting.
Failure to extend this Notice to any such member renders the meeting (if held) VOIDABLE at the instance of the member or members not invited.

At this juncture, the question may be asked: Does it mean that the GCB cannot take a decision save at a formal meeting? The law is not clear on this, as there’s no provision granting the GCB any powers to pass a written resolution. The expressio Unis Rule immediately comes to mind: expressio unius est exclusio alterius
(the explicit mention of one thing, is the exclusion of another). However, there is something in Corporate Governance, which is known as “Written Resolution.” A written resolution is a resolution passed without a formal meeting. Private companies are permitted to adopt this procedure in taking their decisions on the condition that, any such written resolution, in order to be valid and effective, must be supported by all members of the company. Now, i think if there is any evidence to show that the President or Secretary of the GCB had held prior separate, INDIVIDUAL consultation with ALL members of the body in respect of the decision to amend the RPC and each and all had separately consented to it after having been presented with details of the proposed amendment, it would have been hard for anyone to validly argue that the GCB was not carried along. Although the LPA does not provide for Written Resolution in the case of the GCB, decisions taken or resolutions passed through such means (I submit) should be held to have been validly taken/passed, provided that EACH of such decisions/resolutions is separately supported by ALL members without any dissenting voice, just as is the case in Corporate Governance. Unfortunately, with the declarations coming from Mazi Afam Osigwe and Mr. J. S. OKUTEPA, SAN, it’s too late in the day for anyone to even pretend that such an all-inclusive prior consultation was ever made in the instant case. Accordingly, the “consultation” argument (by you and your school of thought) fails also on this ground because you can’t pick and chose as to who to consult with and who to not. If you must consult privately, you must not leave anyone out. And there must be a WRITTEN evidence that such prior consultation was extended to ALL, and that not even one of the members dissented. The validity of a written resolution in organisational meetings is hinged on prior written approval of same by ALL MEMBERS OF THE BODY.

Finally, sir , you argued that “the only persons with the toga to fault the Attorney General’s decision … are members of the General Council of the Bar present at the meeting.” With due respect, I honestly do not understand what you set out to say by this statement. Which meeting, sir? Was any meeting ever called or held? Has anyone anywhere given any such indication that any meeting was held at any time prior to the amendment, to approve the amendment? When? Where? How? Who said so?

Let’s look at it this way, for a much clearer illustration. There are four scenarios, and what would happen in each instance would depend on the scenario applicable:

(1). If a meeting of the GCB is validly convened (although it appears obvious in the present instance that none was called), and then held, then if the complaint is that some members were not invited, then I would agree with you that only the members allegedly not invited have the locus to complain about their non invitation and to seek to strike down the meeting on such a ground. This I already pointed out above when I stated that a meeting called and held is liable to be set aside at the instance of members not invited.

(2). Where a meeting of the GCB is validly convened and held, and a decision taken by the GCB. In this instance, if the complaint is that the GCB has taken a decision it has no powers to take (has acted ultra vires), especially in respect of an issue likely to affect the legal profession, the NBA or members of the profession, dear sir, any member of the profession is entitled to go to court to challenge such action of the GCB. Locus standing here is not limited to only GCB members. This is another area you missed it. Yes, you did. The complaint by most Nigerian lawyers over the alleged 2020 amendment to the RPC 2007 is not that they were not invited to the meeting of the GCB; it can’t be because not all the lawyers are members. The complaint in the present instance (if I get that right) is that the Hon AGF has taken an “illegal decision” that would affect the Legal profession, the NBA, and individual Nigerian lawyers — ie, that the AG has “illegally” amended the RPC, 2007, which is the bye-law regulating the professional conduct of every lawyer in Nigeria(not just the GCB members). If you look at it from this angle, you would understand why any member of the NBA possesses the locus to challenge such a decision. Please, do not forget that the RPC being a bye for regulation of the professional conduct of legal practitioners in Nigeria, automatically means that every legal practitioner has some interest in the RPC. It’s my humble view that any member many approach the court as an interested person to complain.

(3).. If no meeting of the GCB was held and someone is now saying that only one member of the GCB sat alone on his own, to exercise a power that is exclusive to the GCB (that can be legally exercised but only by the GCB), then location of the locus standi to challenge such would depend on the claim. If the claim is that “she/he failed to carry us along,” as required by law, then only a GCB member may exercise such a right of action in court. But note that, as I said earlier, if the alleged “illegal” exercise of power is likely to affect any member of the profession in any manner, and the complaint is that the action taken failed to follow due process of law, then any member of the profession may approach a court to challenge the action. It’s my submission that any members of this profession is interested in how its affairs are conducted, especially by relevant regulatory authorities or anyone purporting to act for any of them.

Anyway, at this juncture, I off my mic. I have seen the news headline: “Former 2nd VP of the NBA, Monday Ubani sues to challenge the unilateral amendment of RPC by AGF” published a couple of days ago by most media outlets in Nigeria. All I have said above are without prejudice to what the court would say in the end. I remember one of my favorite quotes: “The prophecies of what the courts will do in fact, and nothing more pretentious, are what I mean by the law.” (See The Path of the Law by Oliver Wendell Holmes, Jr., 10 Harvard Law Review 457 (1897)). We wait on the temple to do justice according to extant law and principles of justice.
Thank you, sir.
Much obliged.
Sylvester Udemezue
(Udems)