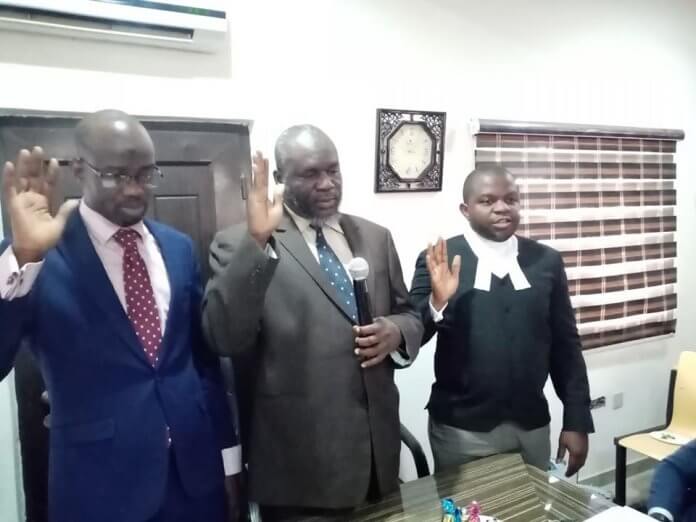 Abdul Adamu Fagge was elected to replace M.A Lawan Esq who resigned upon being appointed Commissioner for Housing and Transport by the Executive Governor of the State Dr. Abdulahi Umar Ganduje.

Prior to his being elected Chairman, Abdul Adamy Fagge was the Vice Chairman of the Branch. He was unanimously elected to assume the the vacant position of the Chairman

Meanwhile, Abdulrahman Mukhtar Esq who was the Provost of the Association was promoted/ elected as the Vice Chairman.
While Ismail Abdulaziz Esq was nominated and elected unanimously to become the Provost of the Association.
The trio were later sworn into office by the Legal Adviser of the Branch Abbas Heladu Esq.
The tenure of this set of executives shall expire in 6 months when the Branch Election scheduled for June 2020 shall hold.

Judiciary would be Bold to Play Its Role if Its Independence...