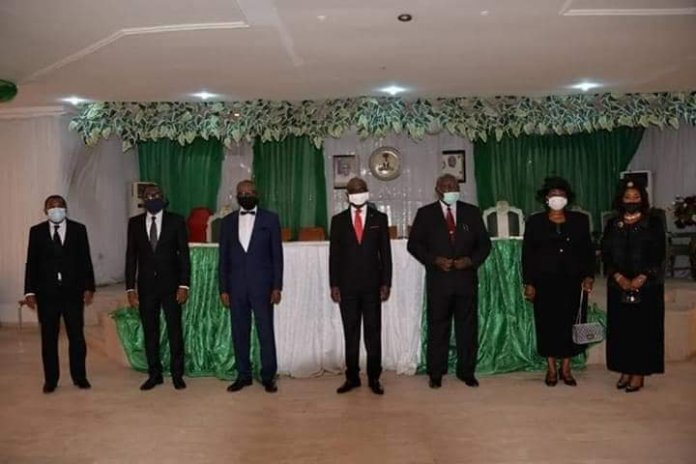 The Abia State Governor, Okezie Ikpeazu, on Wednesday swore in three new judges into the Abia State Judiciary, calling on them to ensure sustainable dispensation of justice in the state.

The governor spoke after the administration of the oath of allegiance on the judges – Justice Chimezie Nwakanma, Justice Philomena Nweke and Justice Phoebe Okoronkwo – by the state Solicitor–General and Permanent Secretary, Ministry of Justice, Mrs Uzoamaka Ikonne, at the Government House, Umuahia.

He described the Judiciary as the last hope of the common man.

Ikpeazu, who was represented by the Deputy Governor, Ude-Oko Chukwu, stressed the need for the three new judges to ensure that the essence of their appointment actualised in the state.

Responding on behalf of his colleagues, Justice Nwakanma promised that they would ensure that the dispensation of justice in the state was carried out with integrity.

Law Practice in Nigeria: Then Enters A “Learned Colleague” Called “Prepaid Legal Services Limited” Even As Lawyers and the Bar Look On