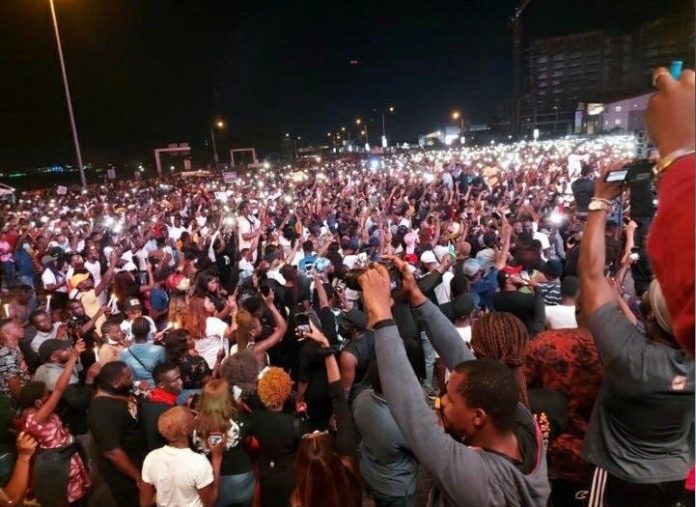 UK Government and Parliament, Thursday responded to the #ENDSARS petition by some Nigerians against the Federal government.

With about 219,702 signatures, the petition seeks to implement sanctions against the Nigerian Government and officials, over abuse of power by the operatives of the now disbanded Special Anti-Robbery Squad, SARS, and the alleged shooting at protestors calling for SARS disbandment.

Reacting, UK said it awaits the outcome of Nigerian investigations into reports of police brutality, noting that it would not publicly speculate on future sanctions designations.

Read the full response below:

“The UK Government is deeply concerned by violence during recent protests in Nigeria, which tragically claimed lives. Our thoughts are with the families of all those affected.

The Foreign Secretary issued a statement on 21 October calling for an end to the violence and for the Nigerian Government to urgently investigate reports of brutality by its security forces and hold those responsible to account.

The Minister for Africa tweeted on 16 October, noting the Nigerian people’s democratic and peaceful calls for reforms, and again on 21 October, encouraging the Nigerian authorities to restore peace and address concerns over brutality towards civilians. He reiterated these messages when he spoke to Foreign Minister Onyeama on 23 October. The British High Commissioner in Abuja has also raised the protests with representatives of the Nigerian Government and will continue to do so.

We welcome President Buhari’s decision to disband the Federal Special Anti-Robbery Squad (FSARS) and the establishment of judicial panels of inquiry to investigate alleged incidents of brutality by the security services. They must investigate all incidents, including in Lagos, fully. The Minister for Africa tweeted on 29 October stressing the importance of the police and military’s cooperation with the panels. He raised this, and the need for the panels to urgently start investigations, when he spoke to the Governor of Lagos on 11 November.

The UK Government will continue to work with the Nigerian Government and international and civil society partners to support justice, accountability and a more responsive policing model in Nigeria. We will continue to push for the Nigerian security services to uphold human rights and the rule of law, investigate all incidents of brutality, illegal detentions and use of excessive force, and hold those responsible to account.

On 6 July, the Government established the Global Human Rights sanctions regime by laying regulations in Parliament under the Sanctions and Anti-Money Laundering Act 2018. In a statement to Parliament, the Foreign Secretary set out in full the scope of the UK’s new Global Human Rights sanctions regime. He announced the first tranche of designations, as well as the Government’s approach to future designations.

We will continue to consider potential designations under the Global Human Rights sanctions regime. It is longstanding practice not to speculate on future sanctions designations as to do so could reduce the impact of the designations.

The UK Government will keep all evidence and potential listings under close review.”