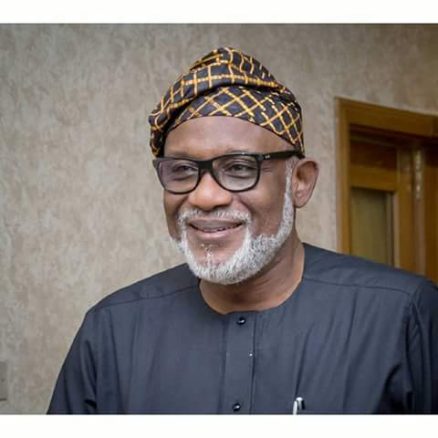 The suit was filed by Mrs. Olajumoke Anifowose, one of the aspirants who jostled with Akeredolu and others for APC’s governorship ticket in the July 20, 2020 primary election of the party.

The Thursday’s proceedings were scheduled for the hearing of Anifowose’s ex parte application for substituted service of the suit on Akeredolu.

Anifowose’s lawyer, Adesina Oke, had moved the application when the judge observed that the suit, being about a primary election that took place in Akure, the Ondo State capital, ought to be filed in the Lagos Division of the Federal High Court which he said had been designated to hear all cases from the South-West zone of the country during the ongoing judges’ vacation.

Justice Mohammed said he, as a vacation judge sitting in the Federal High Court in Abuja, was designated to hear only emergency cases emanating from the northern part of the country.

In response, Oke explained that the choice of filing the case in Abuja was due to the fact that, aside Akeredolu, the rest of the two defendants – the APC and the Independent National Electoral Commission – were based in Abuja.

He however said he had no objection if the judge was more disposed to transferring the case to the Lagos Division of the court.

Ruling, the judge said, since the subject matter in the suit filed on July 29, 2020 and marked, FHC/ABJ/CS/881/2020, “emanated from Akure, Ondo State, it is hereby transferred to Lagos Division”.

But the court’s order came barely 24 hours after Justice Mohammed, on Wednesday, had fixed September 30 for the hearing of the suit filed by another governorship aspirant, Dr Nathaniel Adojutelegan, who is also challenging the conduct of the July 20, 2020 APC primary election in Ondo State.

Justice Mohammed picked the September 30 hearing date after granting an order of substituted service in the suit which was filed on August 3, 2020 and marked, FHC/ABJ/CS/886/2020 on Wednesday.