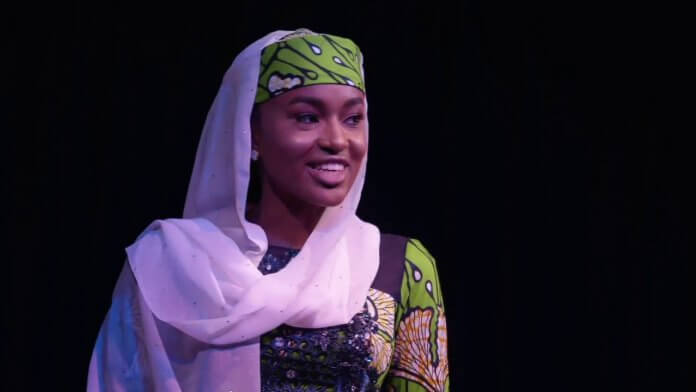 An Abuja-based lawyer, Mr Oluwatosin Ojaomo, has sued, the daughter of the President, Major General Muhammadu Buhari (retd.), for alleged illegal use of the presidential aircraft for a private visit to Bauchi State on January 10.

Saturday PUNCH, on Friday, obtained copies of the processes filed by the claimant at the High Court of the Federal Capital Territory in Abuja on February 6.

The claimant urged the court to order Hanan to refund the costs of both the “fueling” of the aircraft and “the travel logistics” incurred to the Federal Government’s consolidated revenue fund account.

Ojaomo also urged the court to make a “declaratory order” that she “has no statutory right to use the presidential aircraft which is provided for the President of the Federal Republic of Nigeria and other public officers for the purpose of performance of their official functions.”

He also sought “a perpetual injunction restraining the defendant, not being a public servant from using the presidential aircraft for private purposes as was done in Bauchi State.”

He also sought another order compelling her “to pay 10 per cent interest on the judgment sum pending the final liquidation of any judgment sum” that might be ordered by the court.

He urged the court to also issue an order compelling her “to pay the sum of N2m as the cost of litigation.”

In his statement of claim accompanying his writ of summons, the claimant who described himself as “a taxpayer” and “an advocate of probity and accountability”, noted that he knew “it costs Nigerians over N5bn to maintain the  presidential fleet in the 2020 budgetary allocations approved by the National Assembly.”

ALSO READ   The Secrets of Cross-Examination

He said Hanan was not a public servant hence she was not entitled to spend public funds on her private projects in whatsoever means.”

Ojaomo also stated that “the reason many Nigerians voted Major General Muhammadu Buhari into office is because he promised Nigerians that he would ensure that corruption was fought to a standstill and to also ensure that all leakages in public spending were nipped in the bud and that all public funds should be spent judicially and judiciously in accordance with statutory provisions in Nigeria.”

He noted that a huge sum of money had been spent from the public purse to offset the flight fueling and other logistics to fly the jet to Bauchi State by the Federal Government of Nigeria.”

He said the Ministry of Finance was in the best position to tell the court the total amount spent on the travel itinerary of the defendant to Bauchi.”

When contacted on Friday, the claimant told Saturday PUNCH that he had yet to serve the court documents on the President’s daughter.