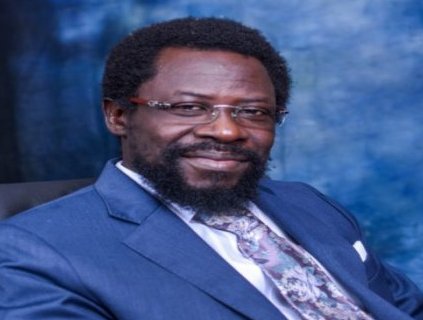 We had earlier published Prof. Chidi Odinkalu’s reaction to the ECNBA’s recent publication of list of qualified aspirants for the NBA National Offices. Read here

Below is DF’s rejoinder

I have restrained myself from taking to the dance floor in the unfolding drama of the NBA election, and had contented myself with waiting for the Appeals Committee of the Bar, before getting involved. Chidi Odinkalu’s ill informed, puerile, and asinine missive against Sherubawon, is what has brought me into the fray, much earlier than I had intended.

Chidi is a man for whom I had a lot of respect, even though we have never met, and I cannot in good conscience ignore his uninformed and manifestly biased opinion as published in City Lawyer, because whilst he is evidently ignorant of the importance of his voice, there are bound to be others such as myself, who have assumed that he cogitates before digesting. He failed in his obligations to the accused person whom he glibly praised, and to the unwary reader, who might have looked to him for the guidance of his opinion, which was anything but informed.

The dirty politics of Ikeja NBA, and the ignoble and shameful role of the Comrade SAN known amongst us by the sobriquet he earned from no less than Chief Gani Fawehimi as “Tosan-Toru” for his ability to hunt with the hounds  and run with the hare, in the persecution of Ogunlana by the EFCC, is well known to the generality of the Ikeja Bar, and Chidi Odinkalu is either ignorant of the background facts, complicit in the plot, or blinded by partisan considerations.

The matter is already before the court. Dele Oloke was specific in his intemperate letter communicating his malicious refusal to issue the letter of Good Standing. He did not, and could not, use the ongoing trial of Ogunlana as the basis for his ungracious refusal, and he was not circumspect in communicating the malice that guided his actions. The letter is in itself, enough evidence of the depth of the hatred and animosity in the dark heart of Dele Oloke and his sponsors.

I have known Ogunlana for over three decades, and I warrant that he has more integrity in him than anyone of his hateful accusers. Let them go and slander him in their campaigns, he volunteered himself for office and he can deal with the knocks. Hound him with the EFCC that has neither ears nor eyes to pursue the real criminals, and haul him to court on trumped up charges, he will defend himself against the ludicrous and baseless charges.

Who is afraid of Ogunlana? The Lagos landlord for one, and everyone that profits from the current state of the Nigerian Bar Association, which has become a most reactionary organization, incapable of engaging the Nigerian state in a manner that prioritizes the interests of the bar, its members, the judiciary, and the nation.

Let those lending themselves to the plot to stop Shina Ogunlana be aware: he is the bullet that has already been fired. He is on target and will not be deterred. We await the verdict of the Appeals Committee, and do solemnly declare: nude dancers are best located in the strip club, the NBA would be flirting with infamy, if it fails to expeditiously clear Ogunlana to run.